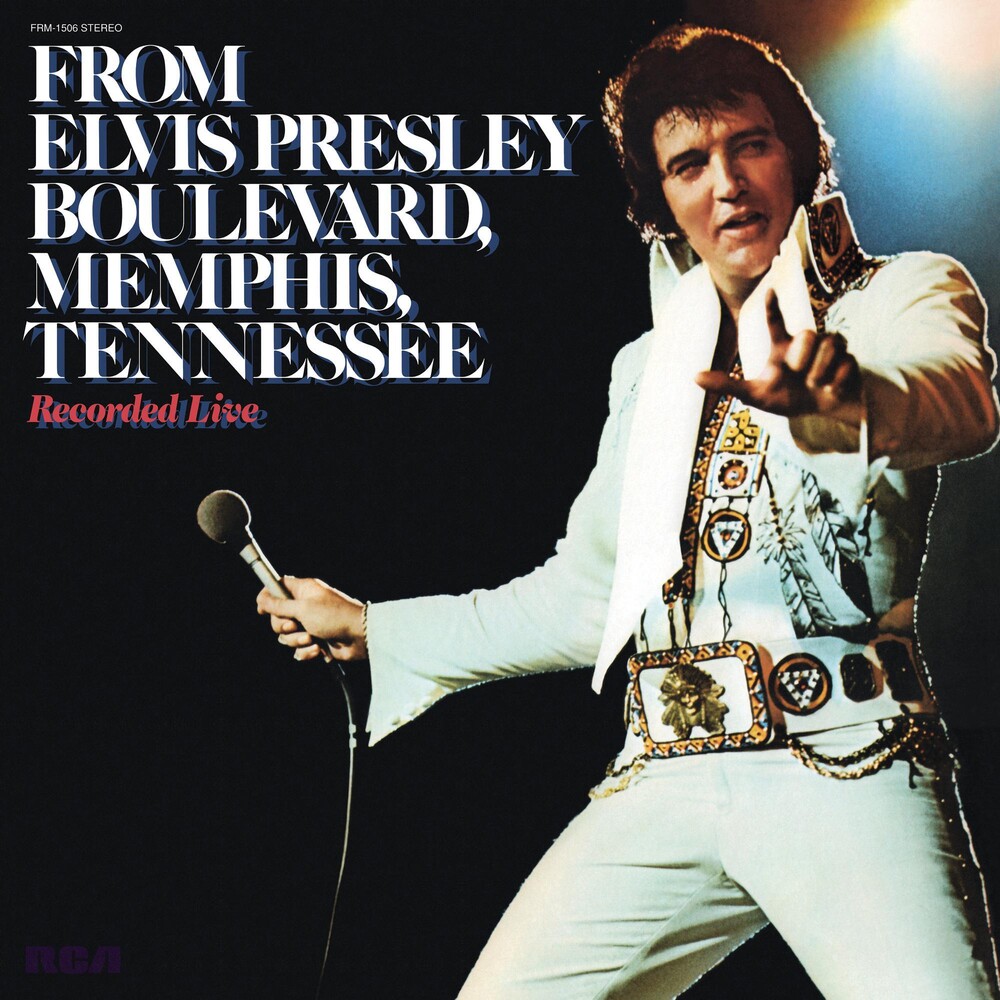 Throughout the 1970?s, Elvis Presley would release many fantastic hit albums, smash singles and movies. Ever proving that he was indeed on top of his game, The King of Rock & Roll delivered to his fans one of his finest albums yet ?From Elvis Presley Boulevard, Memphis, Tennessee.?Featuring a treasure trove of his most familiar hit singles like his huge worldwide smash hit ?Hurt? and the great Neil Sedaka composition ?Solitaire?, ?From Elvis Presley Boulevard, Memphis, Tennessee? went on to achieve gold status and beyond, while becoming one of his last studio albums that he would record before his untimely passing. It also went #1 in the country charts, and achieved numerous chart placings in the various Top 40, Adult Contemporary and Country charts?..plus a ton of airplay!Thanks to more smashes like ?If You Talk In Your Sleep?, ?Songman? and his landmark soul crooner ?Help Me?, this collection of Elvis Presley?s recordings were just what the fans were screaming for, as the entire album was built around the framework of his rocking trademark Memphis sound.Stellar balladry abounds as well with his classic rendition of his good friend Tom Jones? hit ? I?ll Never Fall In Love Again? and the beautiful Roger Whitaker standard ?The Last Farewell.? The 1976 album was truly a continuing story of success for The King proving once again that his career was unlike any other in music history.In honor of the Man, the Music, the Legend, the King Of Rock And Roll, Friday Music is very pleased to announce the limited Anniversary Edition 180 Gram Audiophile Vinyl release of the RCA Victor classic From Elvis Presley Boulevard, Memphis, Tennessee.'From Elvis Presley Boulevard, Memphis, Tennessee' is mastered impeccably by Joe Reagoso at Friday Music Studios and manufactured for a very limited time on beautiful burgundy Vinyl at R.T.I.To further enhance your Elvis Presley listening experience, we are including a striking gatefold artwork presentation, which includes the original 1976 artwork elements and rare picture sleeve art in the inside gatefold is included for a limited time.Let?s celebrate with The King Of Rock & Roll this year with his classic album ?From Elvis Presley Boulevard, Memphis, Tennessee? ?.First time 180 Gram Burgundy Audiophile Vinyl?..Exclusively from your friends at Friday Music!