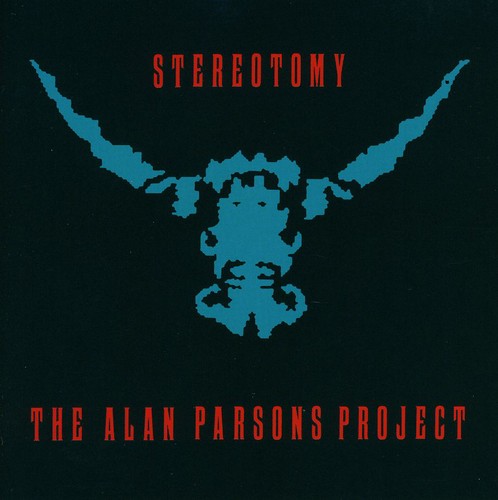 2008 digitally re-mastered and expanded edition of the Alan Parsons classic album that was originally released in 1985. Parsons himself digital re-mastered all his catalog albums in 2007 using the original master tapes. The difference in sound quality is amazing-each sounds absolutely fantastic. The packaging includes revamped booklets with fresh, elaborated liner notes based on interviews with Parsons and Woolfson as well as rare photos and memorabilia. This edition features four bonus tracks including demos and instrumental versions. 11 tracks total. Sony/BMG.

''Stereotomy'' is the penultimate album by The Alan Parsons Project. Although generally considered better musically than its predecessor, ''Vulture Culture'', it was not as successful commercially, perhaps due to much fewer vocals from Eric Woolfson (he only appears on a small section of the title track). The album is structured differently from earlier Project albums, containing three lengthy tracks (one the longest instrumental the Project ever made) and two minute-long songs at the end. It is a full digital production and the CD release was encoded using the two-channel Ambisonic UHJ format.

The original vinyl packaging of the album was different from all the reissues: it featured somewhat more elaborate artwork of the paper sleeve supplied with a special color-filter oversleeve. When inserted, the oversleeve filtered some of the colors of the sleeve artwork, allowing four different variations (2 per side) of it. That was supposed to symbolize visual stereotomy. In the reissues, only one variant remained.

The word "stereotomy" is taken from "The Murders in the Rue Morgue" by Edgar Allan Poe. It refers to the cutting of existing solid shapes into different forms; it is used as a metaphor for the way that famous people (singers, actors. etc.) are often 'shaped' by the demands of fame.

Despite its commercial underachievement, Stereotomy earned a grammy nomination in 1987 for Best Rock Instrumental Performance - Orchestra, Group, or Soloist for the track "Where's the Walrus?" - Wikipedia