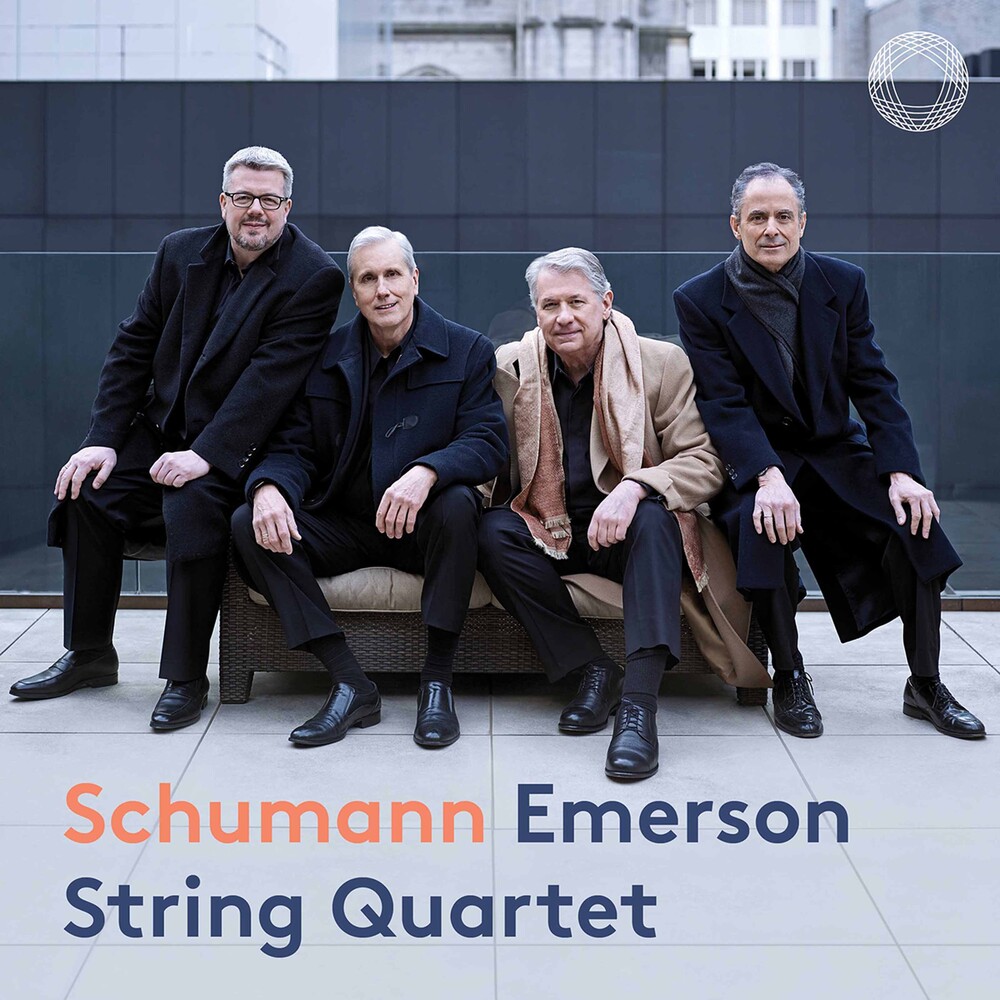 The Emerson String Quartet makes it PENTATONE debut with a recording of Schumann's three string quartets. Penned in the summer of 1842 during an exceptional peak of creativity, these quartets formed the beginning of a six-month surge during which most of Schumann's best chamber music saw the light. Inspired by the example of Beethoven, Schumann's quartets display a mastery of traditional forms, combined with typically Schumannian fantasy and lyricism, particularly in the inner movements. As such, they underline a new level of maturity in Schumann's artistic development, surpassing the fantastical aesthetic of previous years. The players of the Emerson String Quartet lift out the extraordinary freshness and originality of these works, and add another master composer's quartet oeuvre to their impressive discography, after having recorded the complete string quartets of Beethoven, Mendelssohn, Brahms, Bartók, Webern and Shostakovich. The artistic strength of Schumann, whose life was dominated by alternating periods of depression and manic creativity, inspires and consoles the quartet members during the uncertain times of a pandemic, and his music may equally inspire listeners. Since it's foundation in 1976, the Emerson String Quartet is ranked among the world's most acclaimed chamber music ensembles.