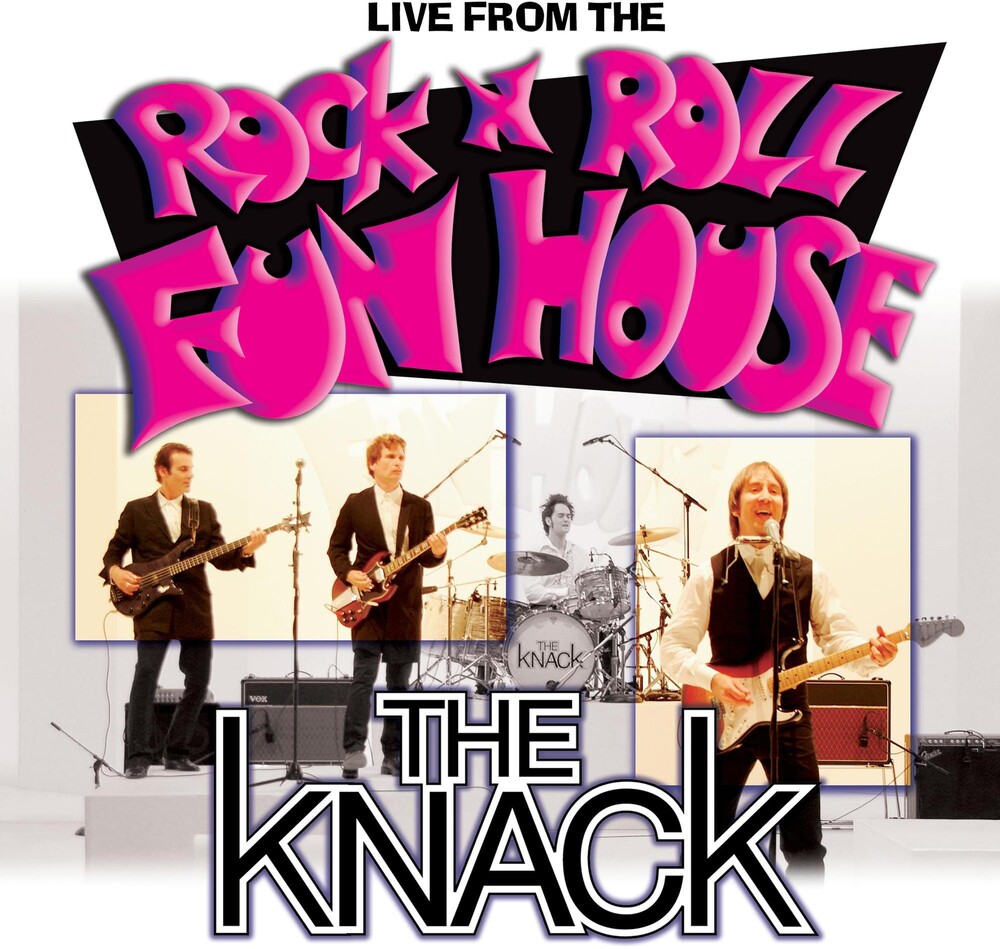 ALL THE HITS AND MORE—PERFORMED IN CONCERT! After 6 studio albums and 3 decades of playing together, The Knack released their first official live album in 2002. The “soundtrack” to a performance on an imaginary 1960s television broadcast, Live At The Rock ‘n’ Roll Fun House was the culmination of the reason everyone “got” The Knack in the first place.

Omnivore Recordings was honored to release an early snapshot of the band on stage with Havin’ A Rave-Up! Live In Los Angeles, 1979, and is proud to complete the live picture with the final release from the band, remastered and expanded, and following in the footsteps of Zoom and Normal As The Next Guy. All of the band’s history is represented—from the singles including “My Sharona,”“Good Girl’s Don’t,” and “Baby Talks Dirty” to album favorites like “Another Lousy Day In Paradise,” Siamese Twins (The Monkey And Me),” and “(She’s So) Selfish.” In addition to new artwork and liner notes, as well as remembrances from members of the band themselves, this version of Live From The Rock ‘n’ Roll Fun House contains two tracks recorded for the original CD/DVD, but never issued until now; Normal As The Next Guy’s “It’s Not Me” and “Seven Days Of Heaven.” The addition of those tracks now represents material from all of their studio releases. Live From The Rock ‘n’ Roll Fun House offers fans everything they love about The Knack—stellar songs and a rocking performance. While this would be the last album released by the group before the passing of Doug Fieger, it represents why they maintained a rabid fan base. They were an incredible live band. So, get your tickets for the Fun House! You’ll be glad you did.