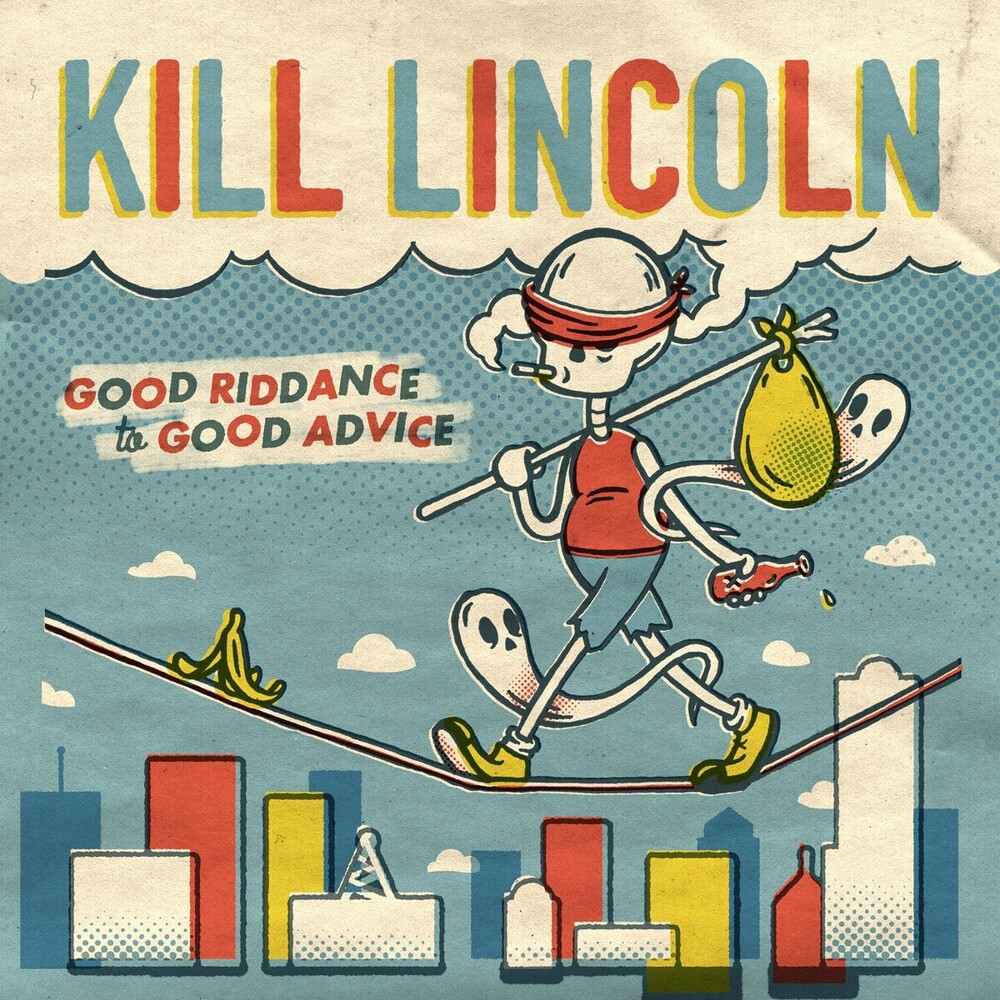 Vinyl LP pressing. 2015 EP release. Since 2009 Kill Lincoln has been turning the ska punk scene on it's head. They've studied the playbook from bands like Less Than Jake and The Mighty Mighty Bosstones, but have ripped the pages out and re-written them with fresh grit, perspective, and enough energy to make even the most jaded hardcore kid jump on the dance floor. Combining ska, skate punk, and the reckless style of hardcore their hometown of Washington DC is known for, a Kill Lincoln show is a non-stop assault of sing alongs, stage dives, and circle pits. First released in 2015 just before the band took a 2 year "hiatus," Good Riddance to Good Advice circulated throughout the ska underground and was a breakthrough hit, with the title track quickly amassing over 3 million streams on Spotify and Apple Music... a then unheard of feat for an underground ska punk band. A very small first pressing of 300 units in 2018 sold out instantly, and the record has been out of print until this new pressing via Bad Time Records. It's essentially the album that launched the label, holding a bit of extra weight in the checkered halls of ska punk history.
back to top