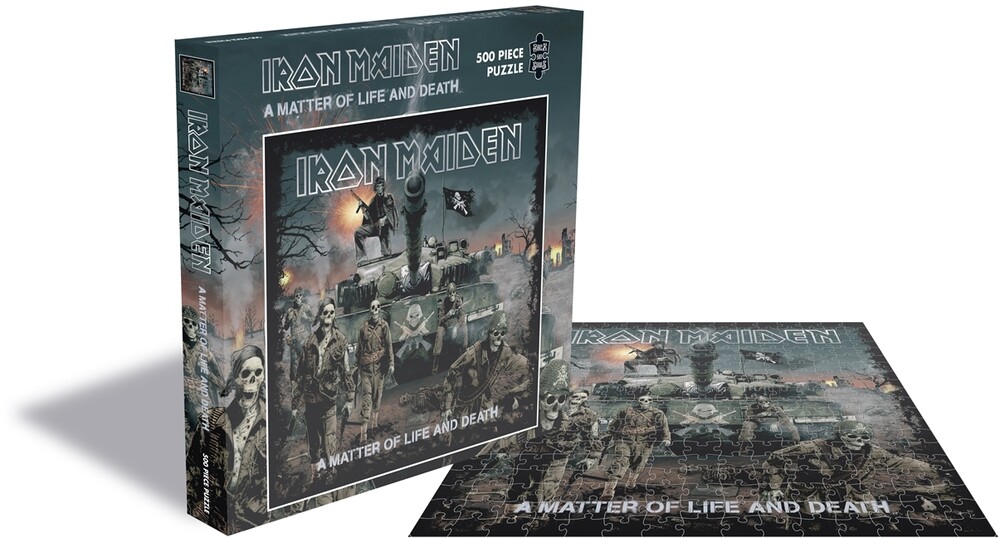 Released in August 2006, "A Matter Of Life And Death" is the fourteenth studio album by English heavy metal band Iron Maiden. It is the first album in Iron Maiden's career to enter the US Billboard charts in the top 10, achieving significant chart success in many other countries as well. The album was met with highly positive reviews from music critics. Classic Rock gave the album a score of 9 out of 10 and awarded it Album of the Year at the 2006 Classic Rock Roll of Honour Awards. While not being a concept album, war and religion are recurring themes throughout, as well as in the cover artwork, created by Tim Bradstreet, best known for his work on the Hellblazer and Punisher comics. This iconic artwork is now available as a 500 piece jigsaw puzzle printed on high quality board.500 pieces Weight: 490g Jigsaw size: 41cm x 41cm Box size: 30.9cm x 30.9cm x 2.8cm
back to top