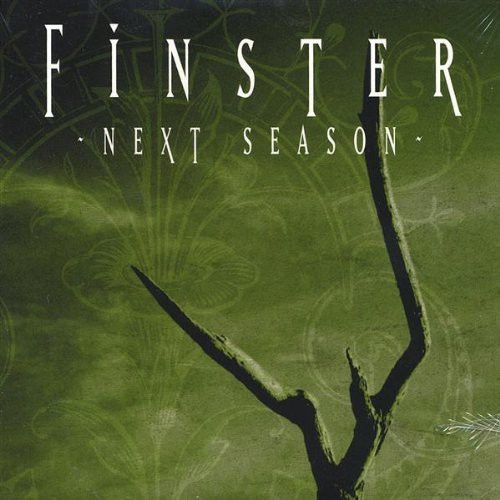 Finster was born in the summer of 1999 when Paul Crandell and Ryan LaRocque got together to jam. Black Sabbath, Slayer, Metallica, Reverend Horton Heat, and Primus were on the menu back then. Guitar and drums only renditions of other band's material. Chapter 2 began when the two got together with Paul's uncle Don, who played bass. They called themselves Finster after they played their first original, a Crandell composition called 'Graven Image'. The name Finster came from a list of ideas by Paul and friends, it is German, and it means dark, sinister, and gloomy. Several other songs followed, including 'Magic Moments on Fire' and 'Finsternis', two current band favorites. (Plus 'Dog of Dogs' and 'Reaction', songs that made to their album.) Alas, the band grew tired of the first set. They wanted to say something to the music industry; something that had not too often been said before. With Paul's influences expanding to Neurosis, Isis, and the like, he began to write songs more in that vein. But it became clear that a mere trio of guitar, bass and drums were not enough to convey the emotion, experimentation, and melodic darkness that they wanted. Valerie Hodges joined the band in November of 2001, adding the multi-flavored textures of the Roland RS-5 synthesizer, and giving Finster the full sound and feel that they wanted. With a new sound and a new set of songs, Finster headed into the studio to record their first long player, 'Next Season'. A perfect mix of heavy-dark-rock, and experimental dark-ambient-psychedelic-rock. Including heavy rockers, 'Dog of Dogs', 'Reaction', 'By Reason of Darkness', and 'Die Worte' (German for 'The Words'), Progressive/ heavy/ dark tunes, 'Awaken', 'Watchful the Sky', and 'Final Storm', plus psychedelic mind benders, 'In Sail', 'All Senses', and 'Calm'. Also add the sonic forest of the title track, recorded exclusively by Crandell on his home studio Boss BR-1180 digital 10-track. 'Next Season' was eight months in the production process. From the initial recording sessions, to the home studio touch ups, to the post-production packaging and mastering. Eight months to get it to sound the way it does now. A thick, rich, dark, heavy, melodic, rendition of raw emotion set to music. Finster has not been idle. Indeed, a whole new set of songs is geared up and ready to hit the studio. Even heavier then the first album it will be. Keeping the same superdark feel as 'Next Season', this new one will only expand Finster's already easy-to-chew, hard-to-swallow, bombastic approach to music.