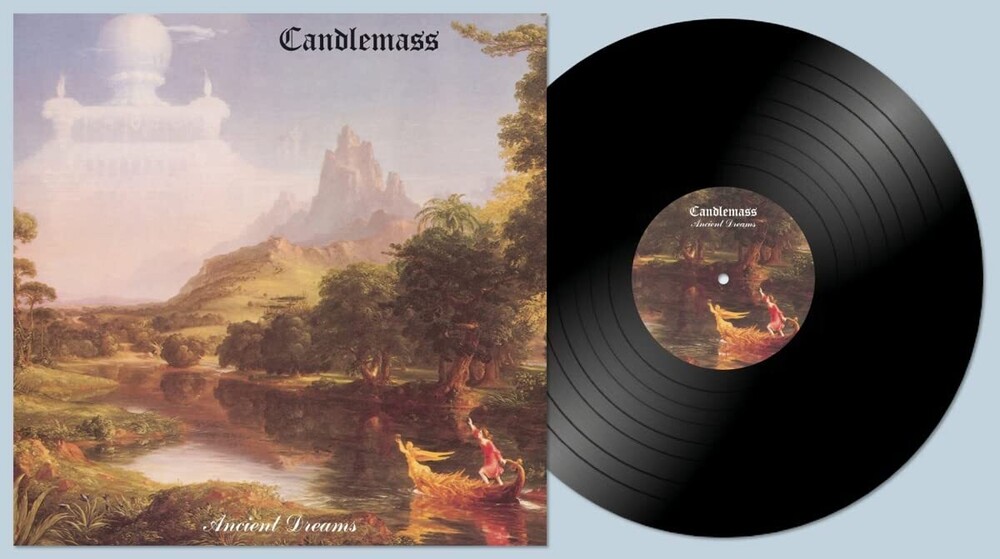 Candlemass was formed by bassist and songwriter Leif Edling in Stockholm, Sweden in 1984, and is well known for it's epic doom metal, having a great influence over a generation of the genre's subsequent greats such as Paradise Lost and My Dying Bride - Candlemass themselves taking a large influence from Black Sabbath. 'Ancient Dreams' was Candlemass' third album, released in 1988, and it featured a natural progression of slow-mid tempo epic arrangements from their previous release, 'Nightfall' - perhaps even more distinction between slow and faster parts - with the unique tones and unmistakable voice of Messiah Marcolin still dominating proceedings on this pure doom metal classic. With a perfect balance between melody and sheer heaviness, it is still debatable as to whether this is the ultimate Candlemass and therefore greatest doom metal album of all time, with some giving this title preference over the seminal 'Nightfall' album.
back to top