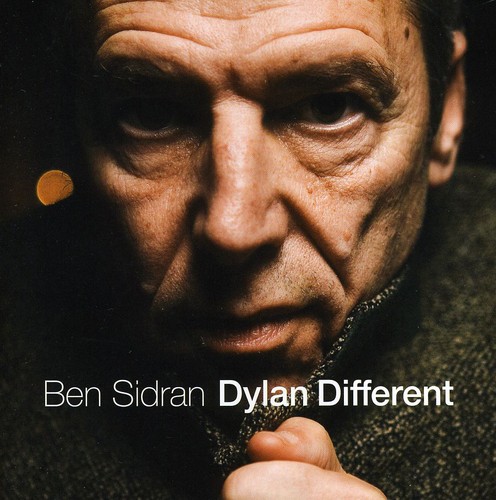 BEN SIDRAN / DYLAN DIFFERENT / Nardis Music Although he holds a PhD from Sussex University in American Studies, BEN SIDRAN once told Rolling Stone Magazine, "I really went to the University of Mose Allison and Bob Dylan." He has often worked with Mose Allison, including two Grammy nominated albums, but DYLAN DIFFERENT is his first tribute to Dylan. The Chicago Daily News once called Sidran "a Renaissance man cast adrift in modern times." In his forty year professional career (his first recording session was with the Steve Miller Band in 1967) he has recorded over thirty solo albums; produced dozens more for artists such as Diana Ross, Jon Hendricks, Van Morrison, Tony Williams and Ricki Lee Jones (his productions have been nominated four times for Grammy Awards); authored three books, including the text Black Talk (Da Capo) and the memoir A Life in the Music (Taylor Trade); produced and hosted award-winning radio and television programs for VH-1 (his "New Visions" series won the Ace award) and National Public Radio ("Jazz Alive" won the prestigious Peabody award). His Talking Jazz radio series - many hours of interviews with jazz greats, including Miles Davis, Dizzy Gillespie and Art Blakey - remains a staple on satellite radio in the United States and in a 24 CD box set. Yet despite this success in various media, Sidran, whose dry vocal delivery and sly raps prompted the London Times to brand him "the first existential jazz rapper," continues to enjoy performing live, in clubs and concerts across the world, with his usual band of suspects. BEN ON DYLAN DIFFERENT "It is not possible to understand how important Bob Dylan was to us in the years between 1961 and 1967 if you weren't there. He came out of nowhere, spoke in a real voice about magical things; the fact that he said it and did it made it OK for the rest of us to try to do it. He was singlehandedly responsible for thousands of people to start writing songs, which, if you added up all the people who were influenced by all those people, you would have to say that Bob Dylan today is like a virus that exists everywhere in popular music. I was a jazz fanatic during those years but I listened to every album Dylan made, right along side of Kind of Blue and A Love Supreme. And then, just a few years ago, I started performing some of his songs live, for the first time. I found they were fun to sing, that people loved hearing the lyrics in a new way, and that I could reframe the songs to make them my own. Bob Dylan is that rare artist who acts like a screen on which we all project our personal history; like Garcia Lorca in Spain before him, his creativity reached into the very fabric of the social structure and redressed old wrongs. In doing so, he helped invent the future. It took more than 40 years for me to be able to acknowledge (musically) my own debt to Dylan, but it's something I've wanted to do for a very long time and I'm very glad I did it." - Ben Sidran, October, 2009 www.bensidran.com for photos, expanded bio, video, audio, timelines & to contact Ben.
back to top