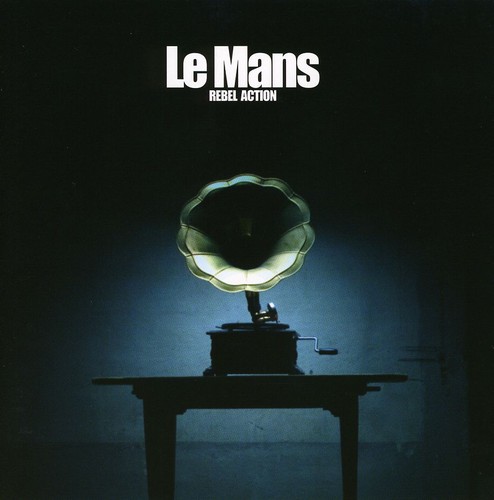 Le Mans, a 6 piece from Eskilstuna, Sweden, find themselves in fine company. The band have just finished recording their stunning debut album 'Rebel Action' in million-selling Kent's own studio, the first band privileged enough to do so. In producers Heikki Kiviaho, Jörgen Wall and Stefan Bohman they have been allowed to craft edgy, haunting and thoroughly addictive songs that are at once original but at the same time not afraid to pay homage to such venerable artists as the Stooges, Eurthymics and Depeche Mode. In Kris Le Mans, widely known from her duet in the Mo's 'Nostalgia Locomotive' - a huge hit which was number one on the Tracks list for weeks - a vocal talent has been unearthed who adds great beauty to tight musicianship. Together, effortlessly, the band weave influences to create a sound that is raw yet tamed, dark but at the same time uplifting. It's no wonder these exciting newcomers, together since 2003, have quickly attracted such attention as a must-see live act. 'Debaser', Stockholm's premier rock venue, describe them as 'the ones to watch' this year, they are a favourite of Musician Magazine's editor and have also been championed by Zero magazine. Initially signed after only their 4th gig it's been the Ultrachrome/Sound Pollution collaboration which has really worked, allowing the band the freedom to create a collection of songs so strong that many are classics in the making destined to find audiences on many levels. Meagrk. 2006.
back to top