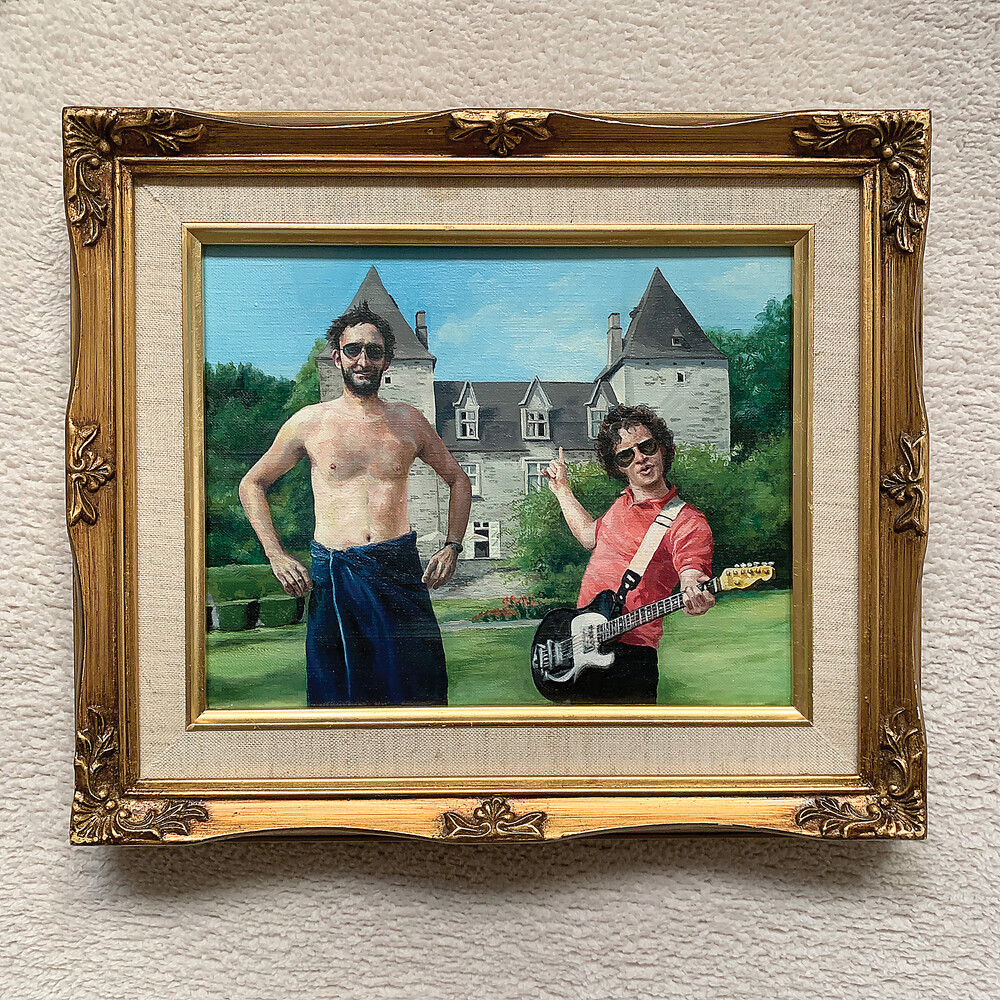 Bryan Devendorf's solo curio 'Royal Green' exhibits a many-channels-open style of creation. Satellite signals, strange voices from lost television documentaries and radio operas are all woven into it's fabric - like it's using these endless tides of media and information to unlock the subconscious. Even it's covers - Bob Dylan, Fleetwood Mac, The National (with a nice big wink), The Beatles - are like stunning, albeit satanic takes on hymns, or like American standards almost dragged into the underworld. Like the best of Spacemen 3, Sparklehorse or massively underrated San Fran band Skygreen Leopards. It's the very edge of outsider pop songwriting.For all the amphitheaters and festival fields, Devendorf has played to over his career, 'Royal Green' almost feels like an un-learning and a newfound love of homemade/found/fractured sounds - and how, if collaged just so, detritus can become stunningly gorgeous and surreal. And not without hooks. Look no further than "Frosty" which could be Little Billy Corgan's decayed demo tape from just before Pumpkins appeared on the scene. And the unspooling, slightly unglued dream-pop of "Breaking the River" is as rapturous as it is sinister. And that's probably where Devendorf wants it.