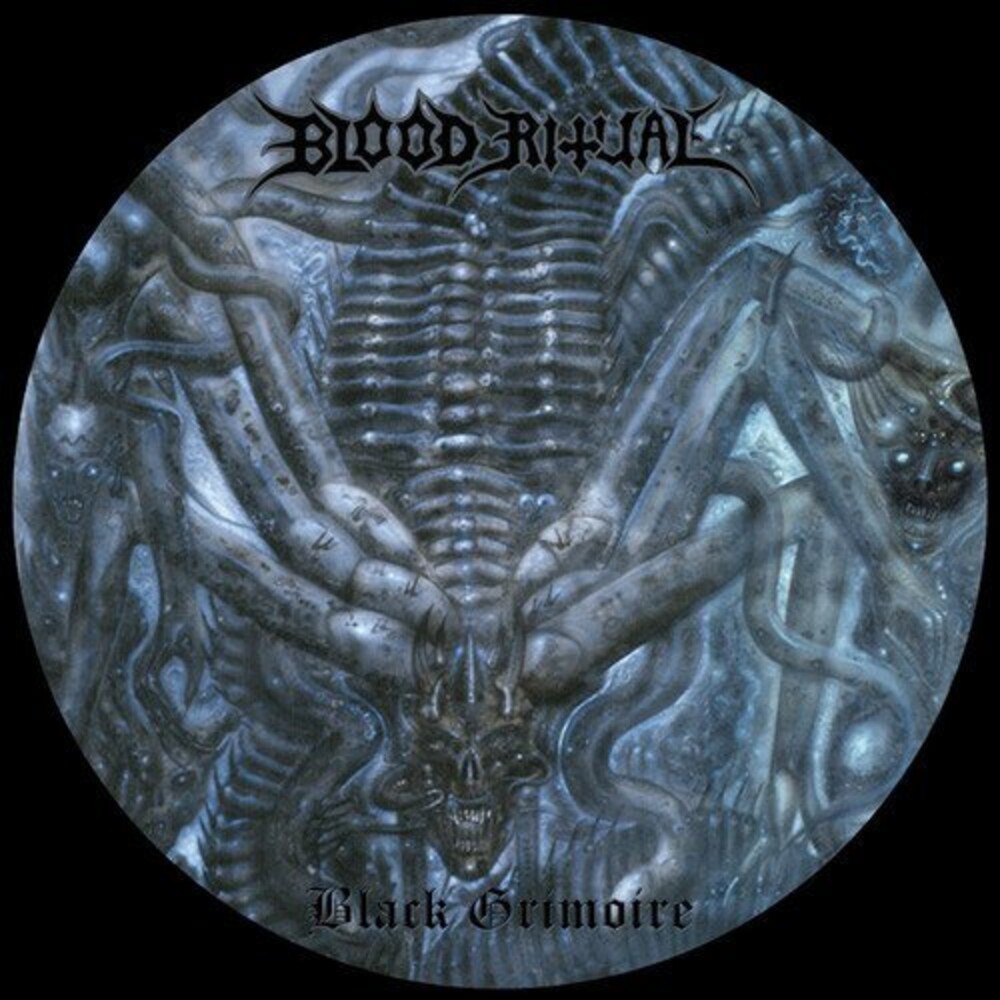 Limited picture disc vinyl pressing. 2005 album from the Portland-based death metal band. Hailing from the festering, once-grunge-filled bowels of Seattle, Blood Ritual was originally formed in 1991 by Tim Bishop, a member of the Church of Satan, as a band called Impiety and dedicated to authentic Satanism. After several line-ups, four devastating songs, and a name change, in 1992 Blood Ritual was officially born. The band soon played several local shows, where they overwhelmed the fans and out-performed their headliners. Strange occurrences took place at these shows: Cars mysteriously caught fire, people's crucifixes broke and fell, and some listeners went mad and began hearing voices. Over time, some Blood Ritual members began experiencing strange things, such as visions. Blood Ritual would go on to play with headlining bands such as Incantation, Obituary, and Six Feet Under. Recorded at the Autopsy Room and mastered at Nettleingham Audio, Black Grimoire was hailed as even more of a classic than it's predecessor, and rightly so.
back to top