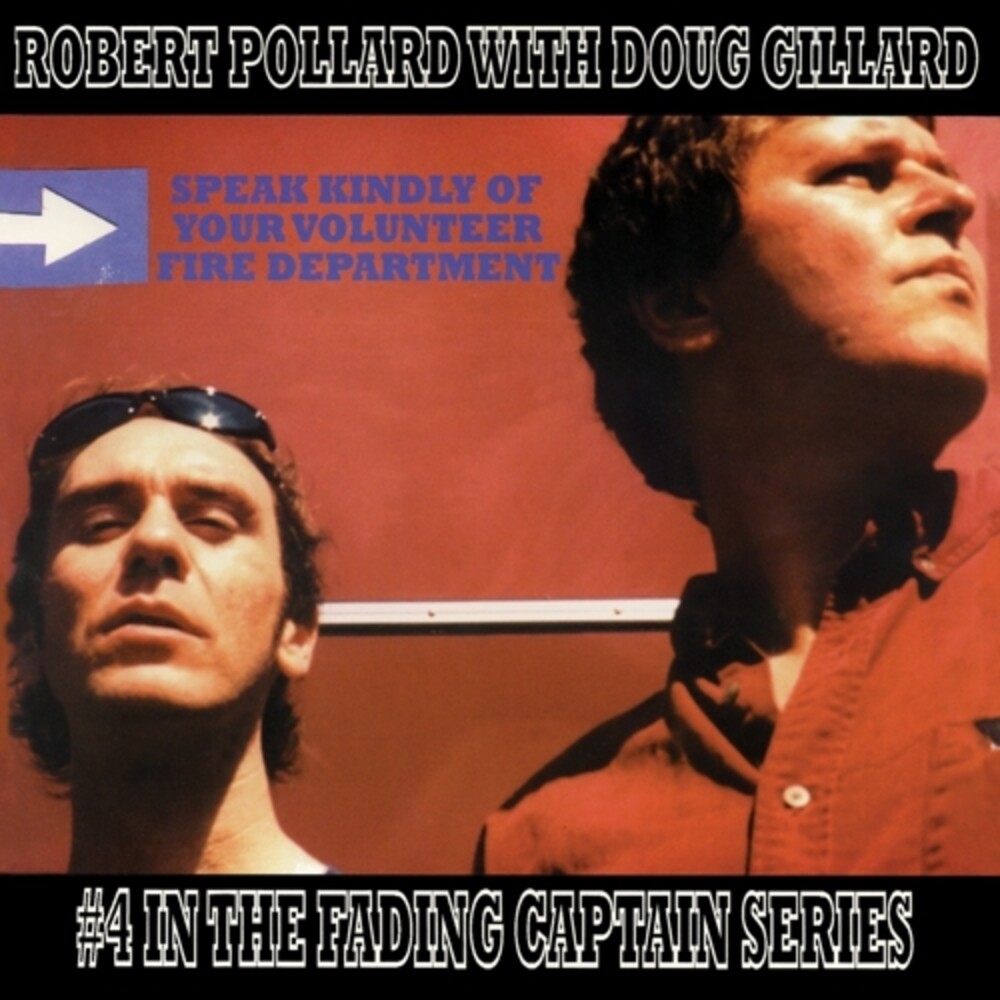 Guided By Voices brings you 20th anniversary vinyl reissues of two early gems from the Fading Captain Series. Originally issued as small vinyl pressings (1000 copies) in 1999, used copies of these Guided By Voices "side-projects" have regularly re-sold for hundreds of dollars each. Both have been remastered from the original analog tapes. Speak Kindly of Your Volunteer Fire Department is the first album of Robert Pollard's fruitful collaboration with long-time guitarist Doug Gillard (later to be known as Lifeguards). Gillard recorded all the instruments on Tascam 4-track cassette in Cleveland, then sent them via US Postal Service to Pollard who added vocals in a studio in Dayton. Eleven Pollard compositions followed, along with four songs which Pollard wrote and recorded melodies over Gillard-penned instrumentals, starting an unusual songwriting process that Pollard pursued for several years with various long-distance collaborators. Nearly half the songs on the album became staples of the GBV live set for several years, including "Pop Zeus," "Tight Globes," "Frequent Weaver Who Burns" and "Do Something Real," which was featured in the Stephen Soderbergh film, Full Frontal.
back to top