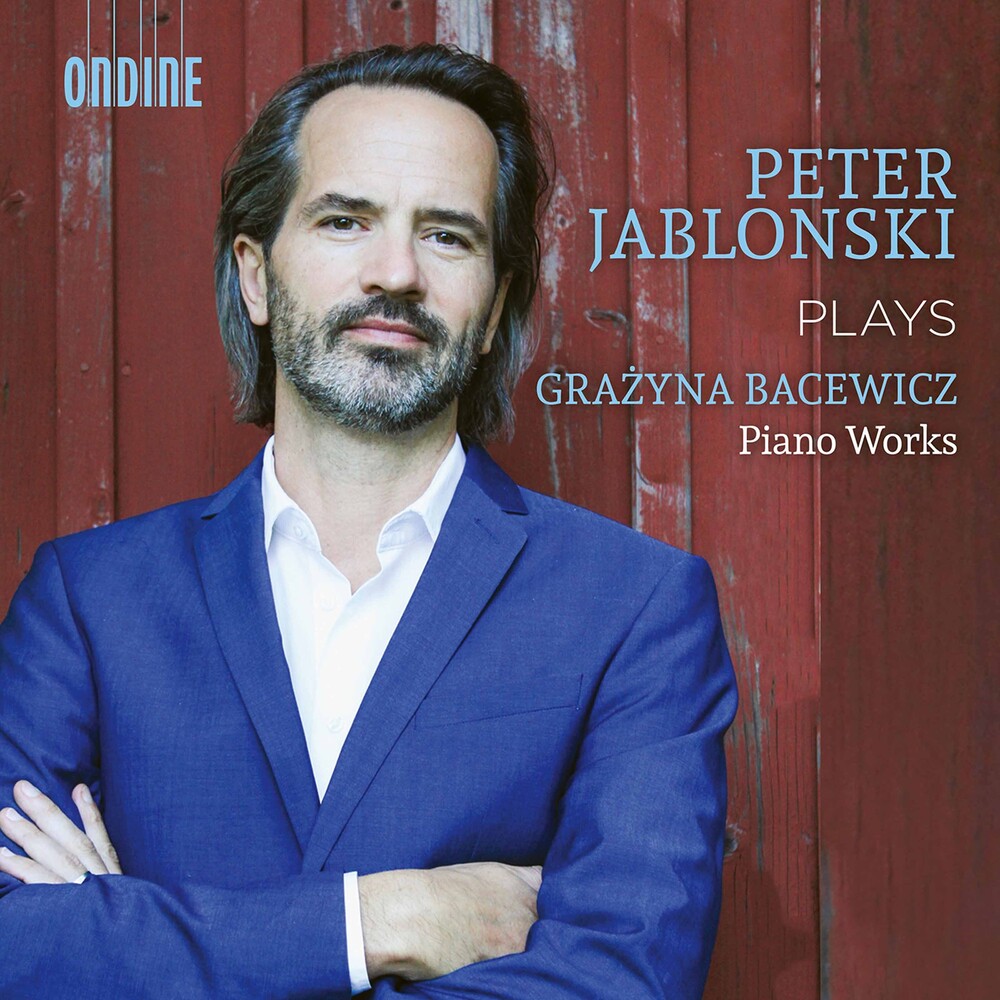 This album is pianist Peter Jablonski's third solo album for the Ondine label. In this album Jablonski represents Grazyna Bacewicz's (1909-1969) dazzling piano etudes and piano sonatas which are hardly known outside of her native Poland. Jablonski's piano albums have received an enthusiastic response and his previous album release received Editor's Choice from the Gramophone magazine. In recent years the music of Grazyna Bacewicz has been enjoying an ever-increasing popularity in concert hall programs. Bacewicz was a major Polish composer and a versatile musician: a child prodigy violinist, she was also an accomplished pianist. As a composer, she is known for her inventive, complex, and original musical language, and particularly many of her works for violin are well known. Bacewicz studied first at the Warsaw Conservatory and briefly continued her studies in Paris before returning back home. In 1934, she received a position of concertmaster at the Polish Radio Orchestra. This position proved invaluable to her as a composer, giving her insights into each instrument's possibilities and orchestral composition. Her music displays many characteristic traits of the twentieth-century that are to be heard in the writings of Prokofiev, Shostakovich, BartĂłk, and Lutoslawski, among others. Jablonski's piano album covers only eight short years during which the works presented here were composed and brings together, for the first time, both piano sonatas, and both sets of etudes. Sonata No. 1 for solo piano was composed in 1949but waited over seventy years until Peter Jablonski edited it for PWM for publication.
back to top