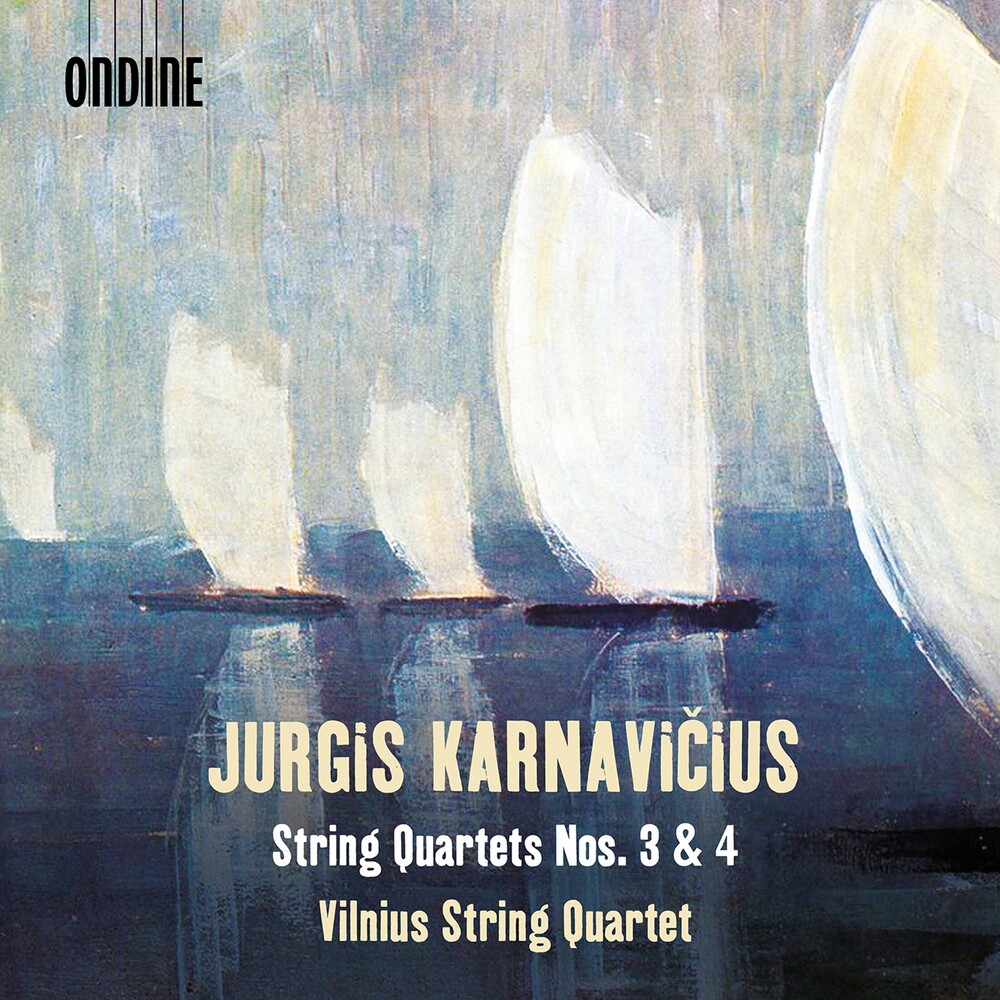 The first volume of the premiere recordings of Jurgis Karnavicius' (1884-1941) string quartets resulted in a growing number of excellent album reviews. It included the composer's romantic and folk music-inspired first two quartets. This second volume includes the composer's last two quartets: Nos. 3 & 4 which are more expressive and modern in nature. Karnavicius wrote his four impressive string quartets during his study and teaching years in St. Petersburg during the 1910s and 1920s, filling the chronological and stylistic gap between the String Quartets of Tchaikovsky and Shostakovich. After it's premiere in St. Petersburg, it took nearly a half century before the String Quartet No. 3 was heard again: in 1969, long after the composer's death. Similarly, the composer's String Quartet No. 4 had to wait for it's next performance until the 1980s and still remains unpublished. In this album the Vilnius String Quartet is giving beautiful world premiere recordings to these two expressive works by the Lithuanian composer.