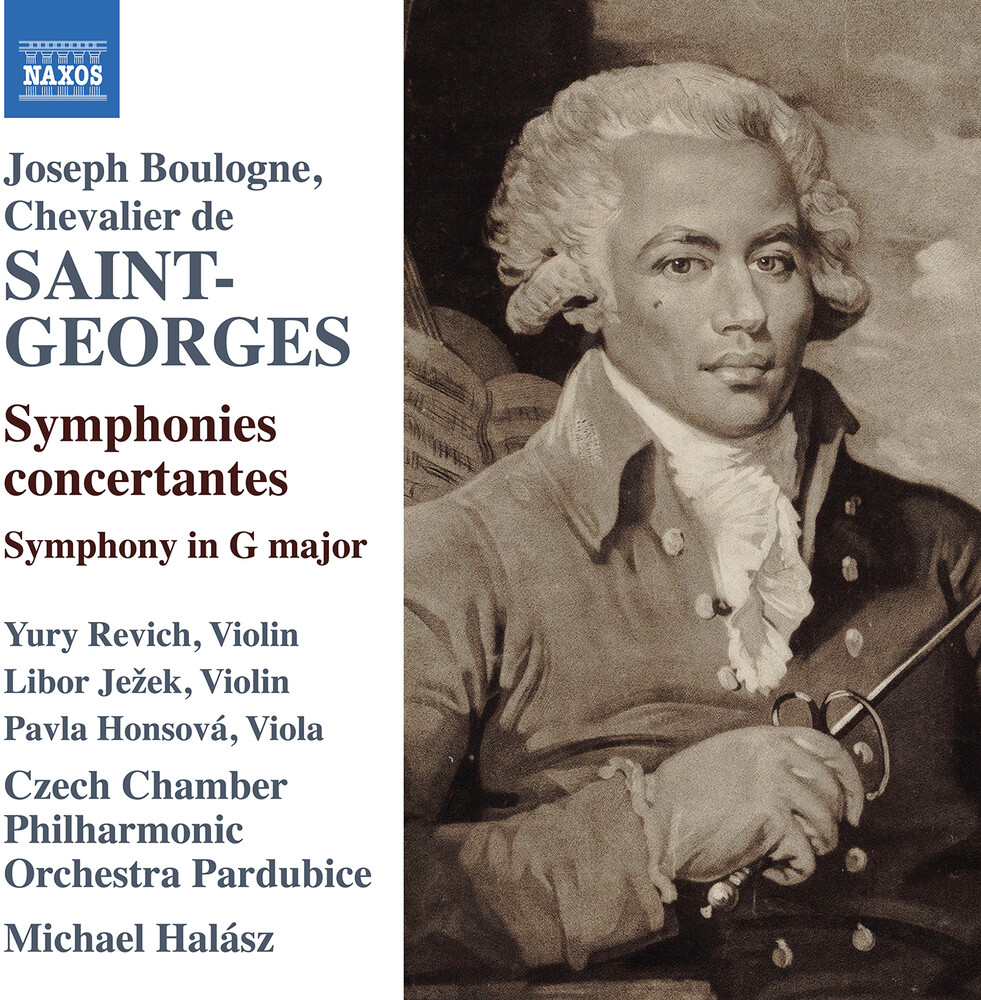 Joseph Boulogne, Chevalier de Saint-Georges was a brilliant swordsman, athlete, violin virtuoso and gifted composer, with a claim to being the most talented figure in an age of remarkable individuals. He was an early and important exponent of the hybrid symphonie concertante - a genre that draws on both the symphony and concerto traditions. This novel format was the ideal platform for expressive inventiveness, providing new textural possibilities through the addition of a second solo violin or viola. The Symphony in G major, which has all of the effervescence typical of Haydn, is an excellent example of the cosmopolitan French symphonic style. Michael Halasz's first engagement as a conductor was at the Staatstheater am GĂ¤rtnerplatz, Munich, where, between 1972 and 1975, he directed all operetta productions. In 1975 he moved to Frankfurt to work as principal Kapellmeister with Christoph von DohnĂˇnyi, and here he conducted the most important works of the operatic repertoire. Many engagements as a guest conductor followed and in 1977 DohnĂˇnyi took him to the Staatsoper Hamburg as principal Kapellmeister. From 1978 to 1991 he was GMD (general music director) of the Hagen Opera House and in 1991 he took up the post of resident conductor at the Wiener Staatsoper for 20 years
back to top