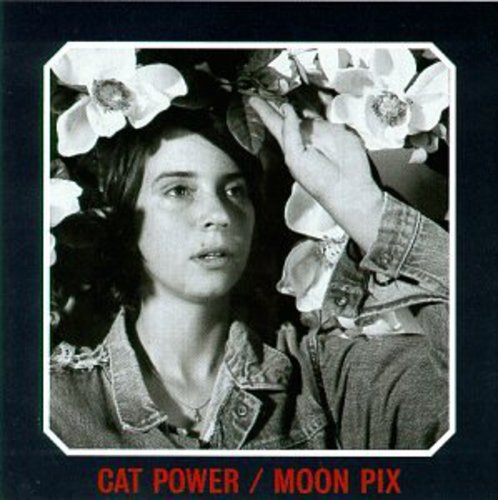 The 4th album from world-traveler/songwriter extraordinaire Chan Marshall, aka Cat Power. Intense, moving, beautiful, provocative, these are all words we repeat over and over agan when discussing Chan's latest. Recorded during Xmas "97 in Australia, Chan enlisted the instrumental support of guitarist Mich Turner and durmmer Jim White, best know as 2/3rds of the Dirty Three.

''Moon Pix'' is the fourth album by American singer/songwriter Cat Power a.k.a. Chan Marshall. It was released in September 1998 on Matador Records. It was recorded at Sing Sing Studios in Melbourne, Australia by house engineer Matt Voigt, with Mick Turner and Jim White of the Dirty Three providing guitar and drums for the record. Half of the songs on the album–"Metal Heart", "He Turns Down", "Say", "Cross Bones Style", and "You May Know Him"–were written all in one night.

The beat of "American Flag" is sampled from The Beastie Boys' "Paul Revere". The album is referenced in Jeffrey Brown's graphic novel "Aeiou: An Easy Intimacy" as part of the 'Soundtrack Side A'. - Wikipedia