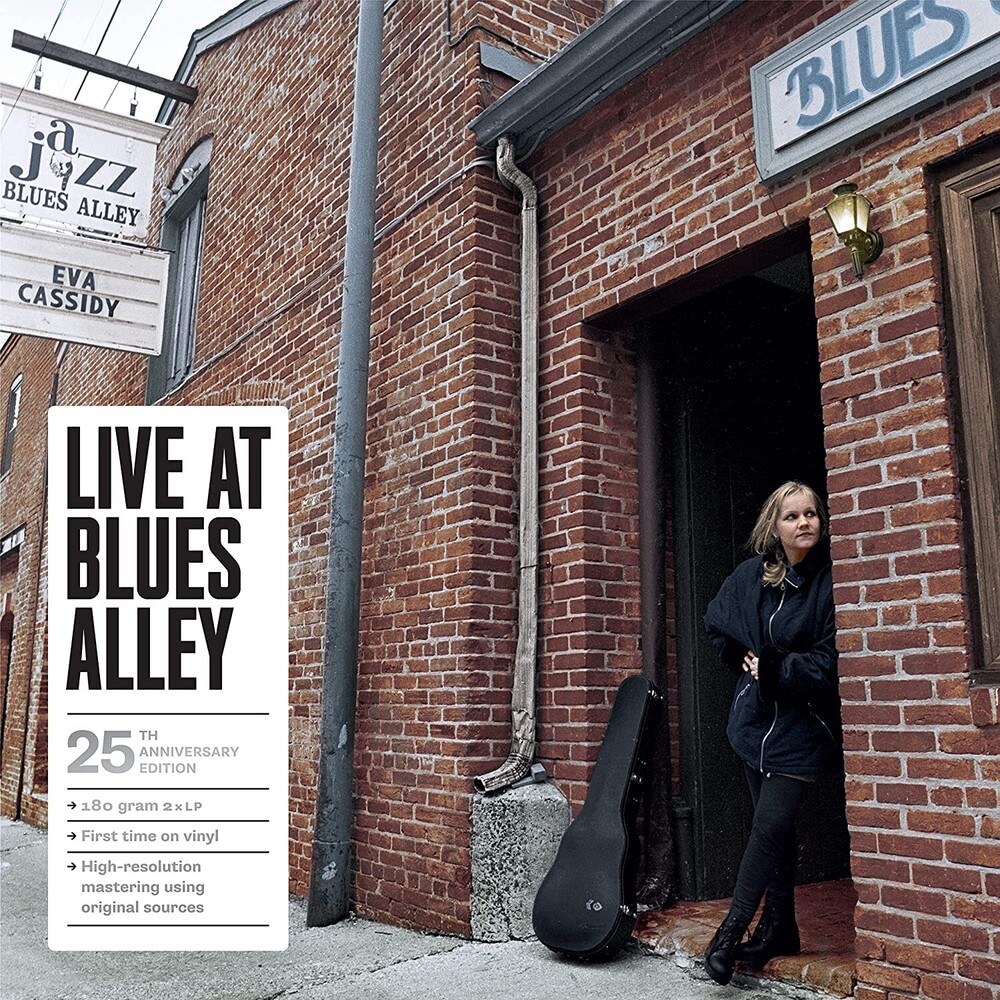 Live At Blues Alley: 25 Years On Eva Cassidy's now legendary Blues Alley concert on the third day of 1996 was in some ways a happy accident. Although Eva had spent years in the studio with producer Chris Biondo creating an eclectic body of work, the pair decided that a live album was the quickest way to achieve their immediate goal of creating a CD to sell at gigs. Eva cashed in a small pension from her day gig at a local nursery, her Aunt Claire contributed toward the venture, the Blues Alley venue booked them during their slowest time of the year (just after the New Year's Eve blow-out), a live recording truck was hired and off they went - Eva hoping to generate enough profit to purchase a proper PA system. The result was Live At Blues Alley, the only solo album released during Eva Cassidy's lifetime. 25 years after it's release in the summer of 1996 the album is known the world over. To celebrate the 25th Anniversary the original recordings have been re-mastered using newly available high-resolution mastering technology. Eva's electrifying vocals, more present than ever, transport the listener back to the time and place. A heavyweight 45rpm double vinyl LP is being released to showcase the sound (the first time the album has been available on vinyl)
back to top