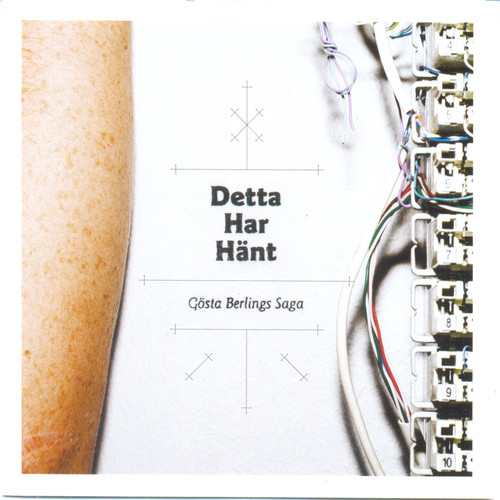 2017 release. The album was recorded during winter 08/09, partly assisted by Mattias Olsson of Ã nglagÃċrd, and represents the band's evolution since the release of the critically acclaimed debut album Tid ÃĊr Ljud (2006). Whereas the previous album dealt with the interaction between nature and city, Detta Har HÃĊnt focuses on the latter with eight stories about the languishing welfare state, industrialism and love. The songs range from full-blown epic soundscapes via dissonant darkness to minimalistic powerful grooves without compromising when it comes to the strong melodies the band is known for. The basis for the album was recorded live in the band's own studio Pelikaan, which has preserved a genuinely organic and highly energetic feel to the music. Overdubs have been made with instruments such as Mellotron, Minimoog and pump organ to give even more dimensions to the colorful sounds of GÃ¶sta Berlings Saga. In conclusion Detta Har HÃĊnt is a gigantic leap forward in all musical aspects, and should not be missed by anyone interested in new music.
back to top