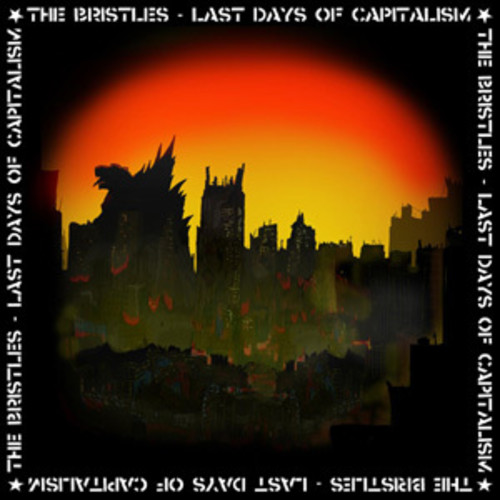 Limited vinyl LP pressing. The Bristles' 2015 album Last Days of Capitalism is a review of the past two years' events ending up in the current economic and political crisis. The economic crisis has led to war, and the political crisis consists of the fascism it brought. Racism and chauvinism are now norm. Other topics covered are the West's mass consumption, men's global war on women, the Left's failure, and multinational companies grip around people. Then there are some more traditional working-class songs about work buyers reprimands, and neglecting ones job for the last time. Musically it follows the frustration over the state of affairs. It's fast, hard, simple and crude. There are no false notes, it's not out of tune, no-one's playing anything wrong, although it may appear so, it's exactly the way it's supposed to be.
back to top