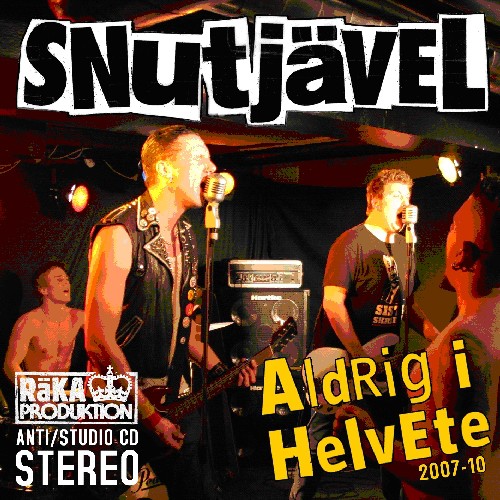 2011 release, the first CD released by this Swedish Punk outfit. Snutj√§vel, who formed in 2004, has only released cassettes and vinyl records. They have refused all that the modern music industry sees as a must. But, just like fellow Swede Punks Asta Kask, who released a full length album after years of stating they'd never release an album, they've bucked against their own trend and now release this compact disc to satisfy their growing fan base.
back to top