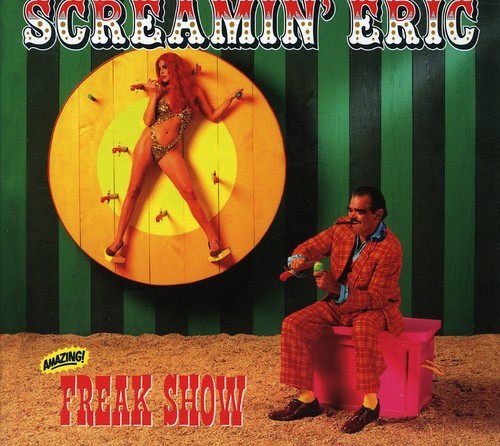 Danish garage-rock veterans SCREAMIN' ERIC mix their own cocktail of raunchy rock n' roll based on sixties influences like the Sonics and the Stooges adding old blues and a mean slide guitar alongside with seventies punk rock to a quite catchy, energetic and in-your-face experience. Screamin' Eric (vocals), Peter Punk (guitar and backing vocals) Tore (bass) and Mads the Mad Dog (drums), all hard-working members of the band have been going on for more than 12 years creating their unique and trashy back-to-basics sound in order to make the Danish garage-rock scene emerge from it's hidden life in the catacombs of Copenhagen. SCREAMIN' ERIC's new album FREAK SHOW, recorded in four days, contains 12 pressing the pedal to the metal and yet catchy songs with a classic sing-along structure - an album that has already been characterized as "the best Danish punk-rock record ever" by singer and songwriter Lorenzo Woodrose of Danish garage rockers Baby Woodrose.
back to top