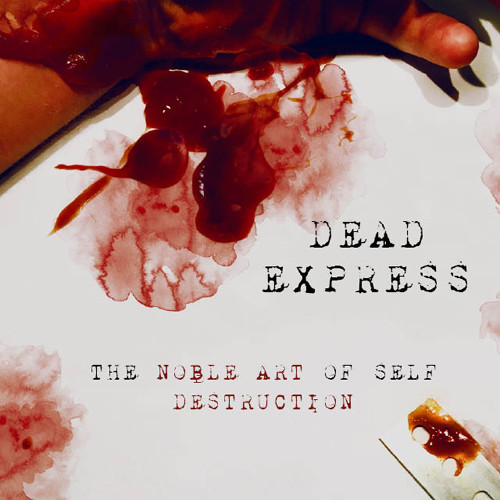 2018 release. Dead Express was formed in January 2014 with the sole intention of buying expensive gear and having a blast. That, and to play live at least once before the end of the year. Said and done; in September their goal was achieved. The band played a live set at a microbrewery just outside the city of NykĂ¶ping. From this point onward, things steadily unfolded and their live gigs are close to 20 in such a short time, including a performance at the international Peace & Love festival in 2016. The band's first EP (that no one is allowed to mention) was recorded during 2015. A sophomore EP, aptly titled "The Demon" was shortly released thereafter and was recorded in the spring of 2016 during an excessive amount of alcohol. It's nothing short of amazing that the recording was even completed. 2017 saw the release of Dead Express' self-financed full length Bloodsucking Queen on vinyl as well as digitally, exclusively through Sound Pollution. The album was recorded during the months of March-April at Studio Bunker NYK. This time under sober conditions. The result is an album that blends the music of The Hellacopters' Grande Rock, The Datsuns' self-titled debut and Gluecifer's Tender Is The Savage. Dead Express is all about the music and with an uncompromising DIY-approach to their craft they've managed to capture the essence of action rock with a huge amount of punk attitude. During the spring of 2018 the band went once again into the studio, this time the renowned Studio Underjord with much more discipline and the urge to create music not just out of fun but also with the experience of being a mature musician and adult. During the fall of 2018, keep your eyes out for of the band's sophomore album, aptly titled The Noble Art Of Self Destruction.
back to top