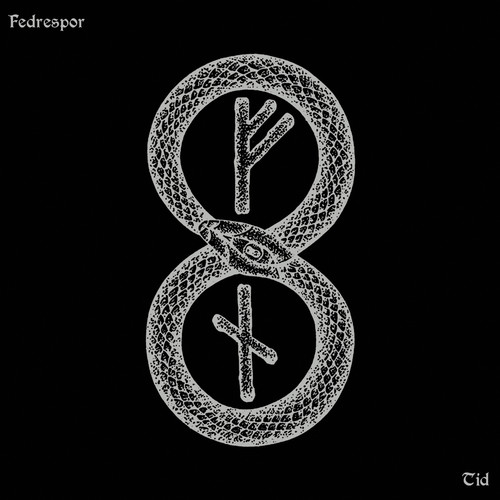 2018 release. Fedrespor is an experimental music project in which all the songs are meant to have their very own "personality". A deeply personal project, Fedrespor is a conduit for it's creator's grief from the loss of his brother. Such a loss is both a life and experiential altering experience, which lends to the title of this project's first album: Tid (Time). Initially founded as a metal project in 2013, Fedrespor was meant to be a harsh collaboration between members of now-defunct Norwegian black metal band Sekt. However, as founder Varg Torden Saastad felt strong, expressive needs to more personally project through music, he chose to walk this path alone. This is a journey dedicated to it's creator and where the journey's experience is the end-goal. Every day is filled with the duality of spirit and matter. Fedrespor's pastoral sounds are an immersion far and away from tangible reality, dedicated to an ancient legacy and the call against modern spiritualism. A sonic representation of a life in Telemark, this landscape's feelings are engrossed in deep, connected emotion, which the artist perceives as one of constant reincarnation. As such Fedrespor's philosophy is tantamount; "Man is the impression of the past and the steps along eternity". Eternity of eternity. To further project this project's connection to the past, Fedrespor will boast both ancient and modern instrumentation. This reflects Saastad's impression of time - a light through which the ether of life is but a fragment in a singular universe. A lengthy and philosophical endeavor, "Tid" culminates two years of work, looking to the past, present, and future. Art is like humankind: an executive force, dynamic and in constant change. Thus is Fedrespor's existence: a spectrum within itself.
back to top