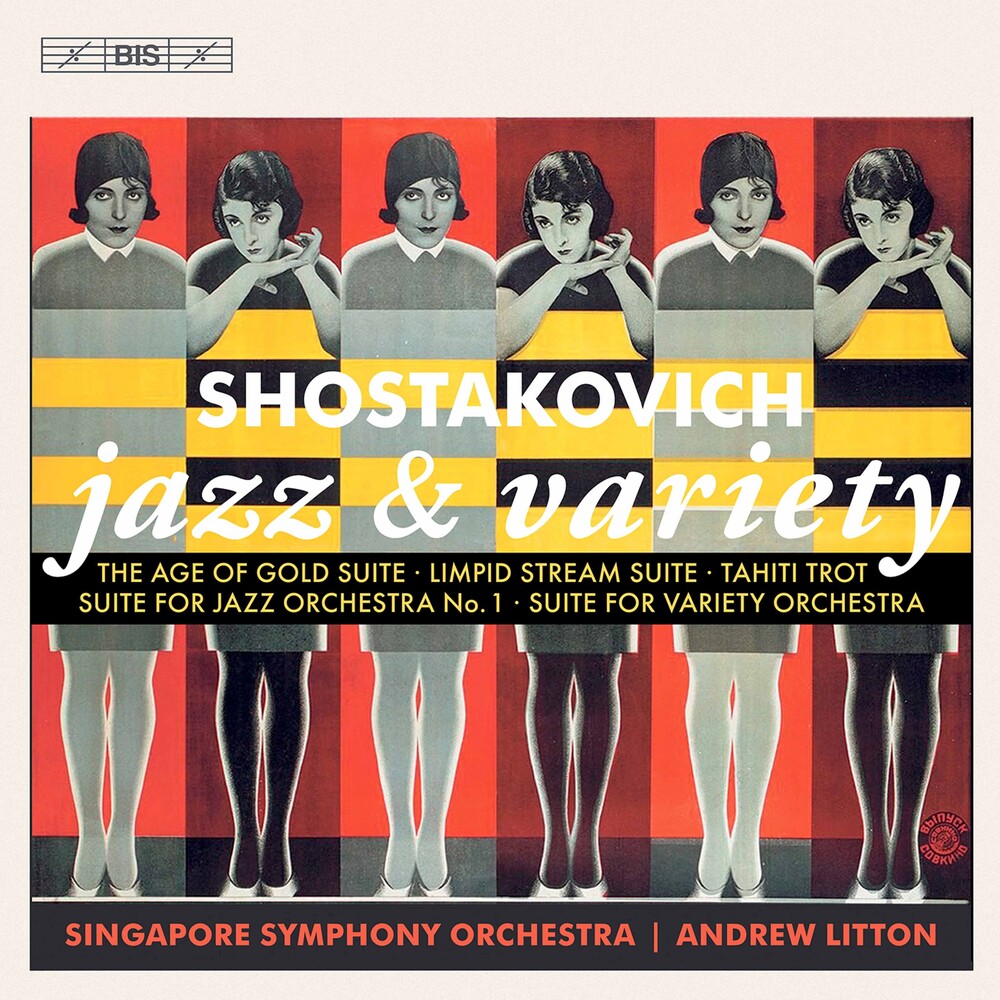 Dmitri Shostakovich was the most versatile of composers: popular and serious styles came to him with equal ease and are frequently found together in the same work. In his twenties, before the heavy hand of Soviet officialdom slapped him down in 1936, music of every kind poured out of him: symphonies, operas and full-length ballets but also a great amount of music for film and theatre. Here Andrew Litton leads the Singapore Symphony Orchestra in a program which explores this lighter side of a composer who is otherwise often regarded as unrelentingly serious. The album opens with Suite for Jazz Orchestra No. 1, which Litton conducts from the piano. Consisting of three brief movements, it is the only truly original work on the disc, written in 1934 for a competition aimed at making 'Soviet Jazz' more respectable. The remaining suites are all reworkings of existing music, such as the ballets The Age of Gold - about the adventures of a Soviet football team visiting the decadent West - and The Limpid Stream, portraying a group of entertainers visiting an idyllic collective farm. The Suite for Variety Orchestra is a compilation that the composer made in the late 1950s from three film scores, a ballet movement and four piano pieces. Closing the album is Shostakovich's 1927 orchestration of a Broadway classic, Vincent Youmans' Tea for Two, which had become a hit under the title Tahiti Trot.
back to top