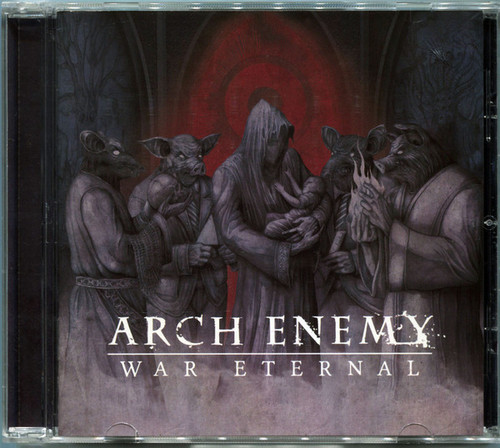 WAR ETERNAL is the quintessential Arch Enemy album. IT's both a nostalgic nod to the band's past and stunning example of what's possible in the future. But the title track is the spearhead. Unveiled to the world on Youtube, 'War Eternal' marches defiantly against the mundane, two raised fists to the constraints of society and the cage it desperately tries to put on US all. In it, White-Gluz proves she's the next generation of great, while Amott and the rest of Arch Enemy play as if 'War Eternal' is their last song. Expect Arch Enemy to wage war throughout 2014 in support of WAR ETERNAL. Remember, change is inevitable. War is eternal!
back to top