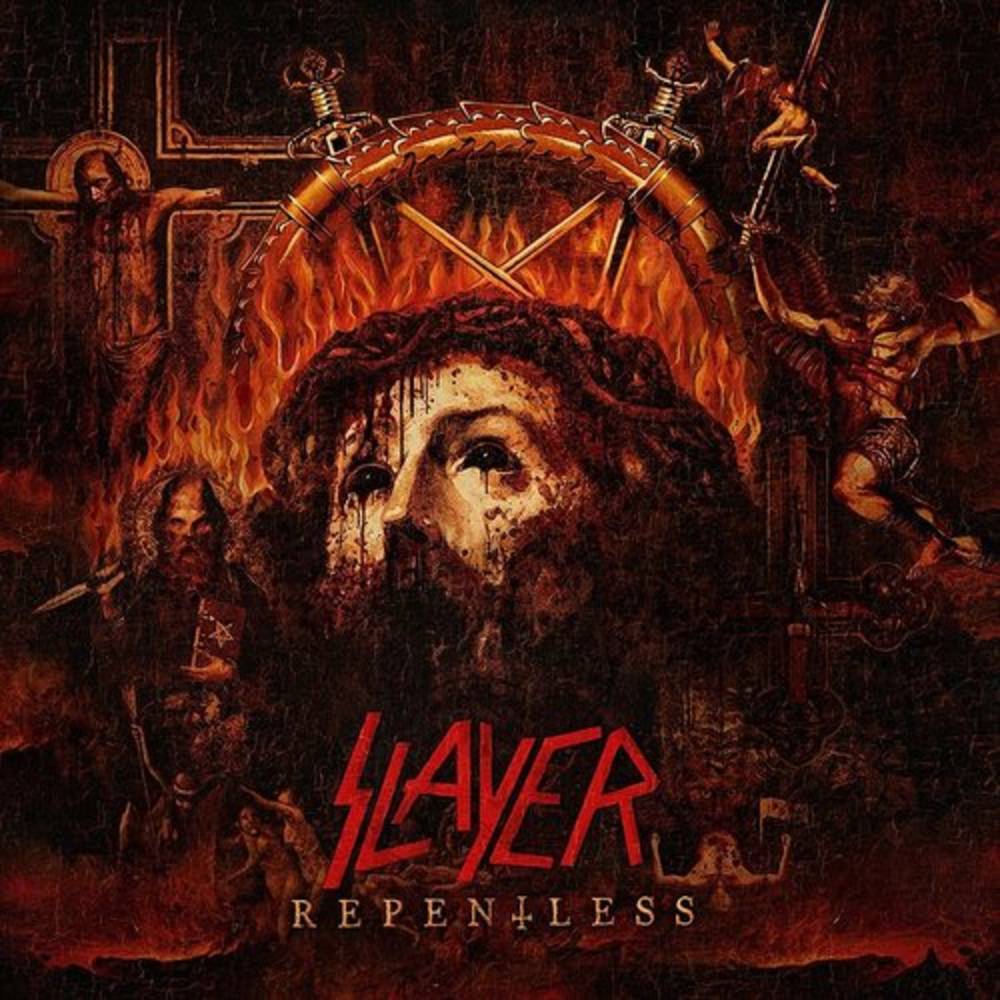 For more than three decades, Slayer's onslaught has proven the band to be the supreme thrash-metal band on the planet. The two-time Grammy-winning band has also accumulated an abundance of Certified Gold Albums along with "Best..." awards from media outlets all over the world, including Kerrang!, SPIN, Metal Hammer, Revolver, and Esquire. Throughout Slayer's history, the band has never faltered in unleashing it's extreme and focused sonic assault, and, unlike many of it's contemporaries who "commercialized" their sound, Slayer has remained crushing and brutal, steadfastly refusing to cater to the mainstream. Beer mustard swirl w/ red & brown splatter, 1000 US only