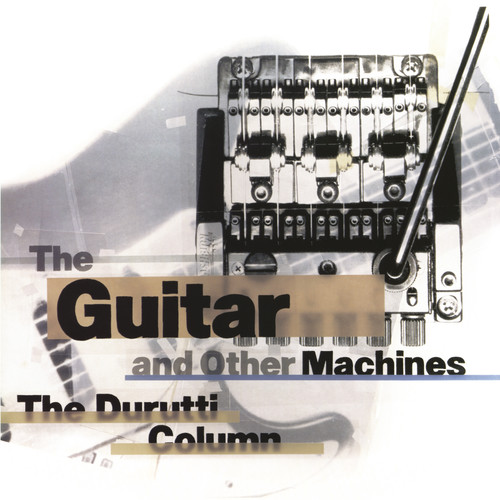 Double vinyl LP pressing housed in gatefold sleeve including digital download. LP One features the remastered edition of the original album. Digitally remastered and expanded edition of The Guitar and Other Machines, the sixth studio album by Manchester ensemble The Durutti Column, originally released by Factory Records in 1987. The origin of The Guitar and Other Machines was the Christmas present given by Factory founder Tony Wilson to Durutti mainman Vini Reilly in 1985. "He gave me another kick and bought me a load of electronic instruments," revealed Reilly at the time. "I never dreamt of getting into this electronic thing, and I struggled and fought and stayed up til half seven in the morning and really worked on it. I know that Tony's got this vision and I persevered. And I found a way of using a sequencer that isn't like New Order - it's my way, and it's my music." Produced by Stephen Street (The Smiths; Morrissey), the album also features percussionist Bruce Mitchell and viola player John Metcalfe.