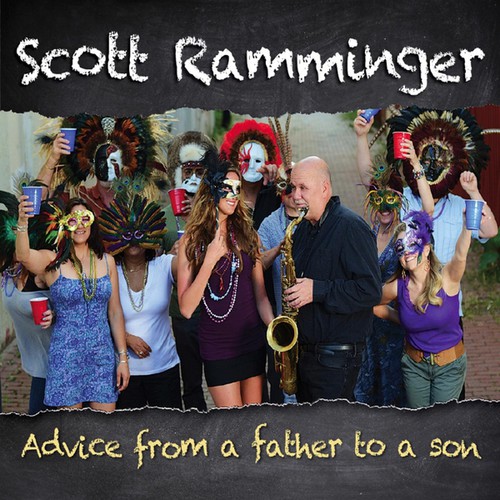 Advice from a Father to a Son
Artist: Scott Ramminger
Format: CD
New: Not in stock
Wish

Singer, songwriter, sax man Scott Ramminger likes to make listeners think with his clever original tunes. But he also likes to make them tap their feet or do that chair boogie thing. Firmly rooted in the blues, this album of originals was recorded in New Orleans and Ramminger's current home of Washington DC. Ramminger is backed up on the disk by some of the top players in both towns. Adding to the excitement, Nashville's McCrary Sisters, who have backed up everyone from Bob Dylan to Dr. John, sing on six of the ten tracks -- one a duet between Ramminger and Regina McCrary. Nashville's Etta Britt joins Ramminger on two of the tracks. 'Advice From a Father to a Son,' was getting critical acclaim and songwriting awards even before it's release. 'For me, the groove has got to be there,' Ramminger notes. 'But song also has to have something to say lyrically, go somewhere. Finally, I like to play, and I had some of the best players around on this record, so I was going to make sure there was room for everyone to stretch out a bit.'
back to top