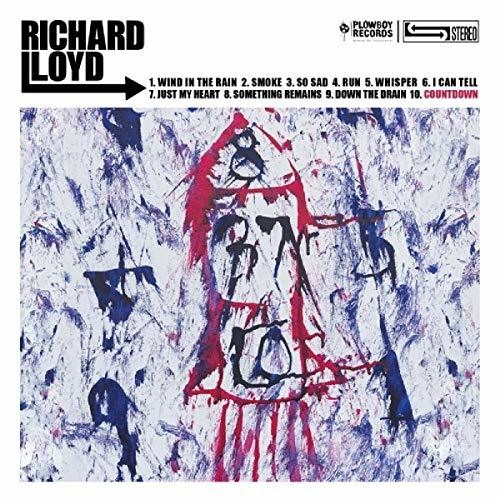 On The Countdown, Richard Lloyd creates an honest, natural expression with his stylized guitar sound and swagger. "I can only be me," he says. "I can't turn into somebody else. So every record I make is just a progression. I never felt the angst necessary to be a punk. I was too young to be a beatnik and too old to be a hippy. I like to say I'm an anthropologist from another planet who is observing human nature and expressing my observations through rock'n'roll." Renowned Nashville session players Dave Roe (bass) and Steve Ebe (drums) served as a solid rhythmic backbone in the studio, cutting the basic 11 tracks in two days, while keys by Joe Bidewell (who played with Lloyd in his band in 1980) were eventually added to the mix. The result is a real rocker's record, with Lloydallowing his trademark fusion of garage rock, thoughtful soul, and power pop hooks to marinate from opening cut "Wind In The Rain" to the soaring heights of the closing title track "The Countdown," in which he posits blasting off into space as he's "had enough of planet Earth," while his guitar and keys propel the listener with him into the stratosphere.
back to top