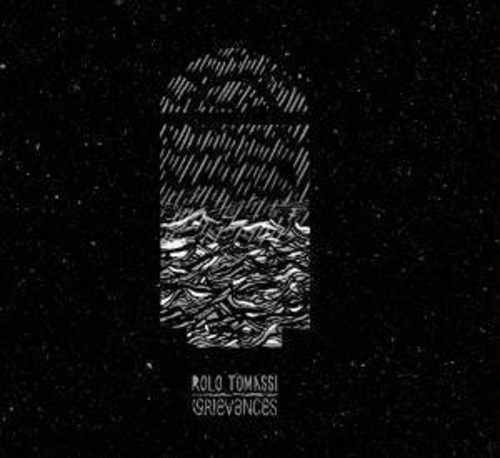 Rolo Tomassi, the female-fronted British band NME dubbed “mathcore noise bastards (and bastress),” release their North American debut album, Grievances, on July 10 via Ipecac Recordings. The band, which hails from Sheffield, formed in 2005, taking their name from the film L.A. Confidential. While Rolo Tomassi have yet to release an album Stateside, the band has toured the U.S. with Jane’s Addiction, joined Dillinger Escape Plan on their European outing and saw their 2010 album, Cosmology, produced by Diplo. Pitchfork said singer Eva Spence is, “equally comfortable singing in a glassy, ethereal coo and a glasses-shattering screech.”

Rolo Tomassi recently previewed “Stage Knives”, a song from the forthcoming eleven-song album via Noisey UK who described the quintet as “one of the UK’s most audacious, dynamic and unrelenting alternative bands.” James Spence, who also sings and plays keyboards, said of the song, “For Me, this captures the more cathartic side to Grievances. This particular song was written about moving away form somewhere that had effectively shaped who I was as a person and what I’d left behind.”