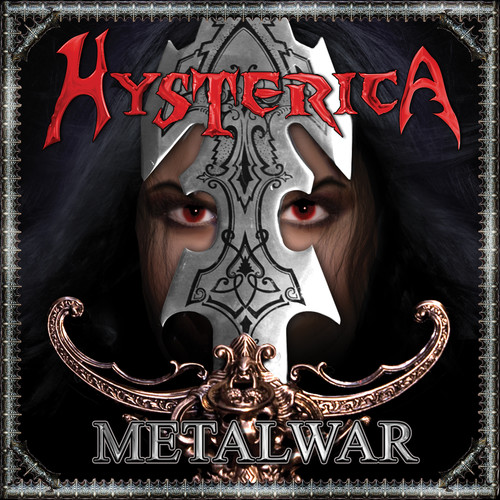 Digitally remastered edition of this 2009 album seen as a milestone in female metal. Hysterica - feme metal with heaviness and melody! "It's not about gender, rather attitude, self-determination and dedication to your craft. Not to mention, to have hysterical fun on your way to the top!" Founded in 2005 by Bitchie and with the sole purpose of playing metal with women, the band quickly recorded a demo to an unexpected audience that was met with great response. Hysterica continued honing their sound and their debut Metalwar saw a release in 2009. The album consisted of eleven tracks with uncompromising metal and attitude and was the result of everybody pitching in during the creative process. The album was passed on to renowned music producer Peter TĂ¤gtgren and given his trademark sound. On this remastered edition, the songs are intact but given an even heavier overhaul. This version shows exactly how heavy Hysterica were meant to be. This is leather and hard-hitting metal from the sisters of steel!
back to top