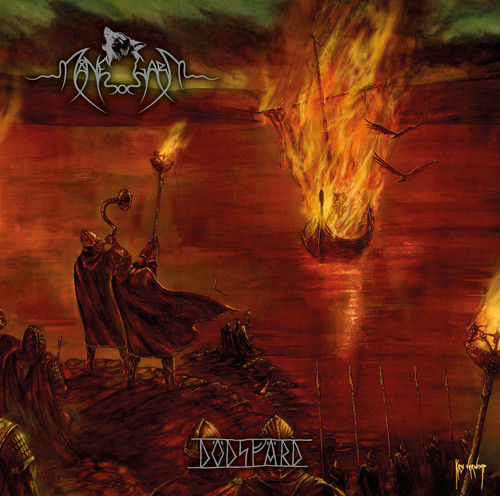 Digitally remastered and expanded edition of this 2003 album including two bonus tracks and exclusive liner notes by the band. DĂ¶dsfĂ¤rd is the third studio album release by Swedish Viking metal band MĂĄnegarm. It is now acknowledged as a millestone in the Viking Metal genre. The word dĂ¶dsfĂ¤rd translates roughly as "journey of death" in Swedish.
back to top