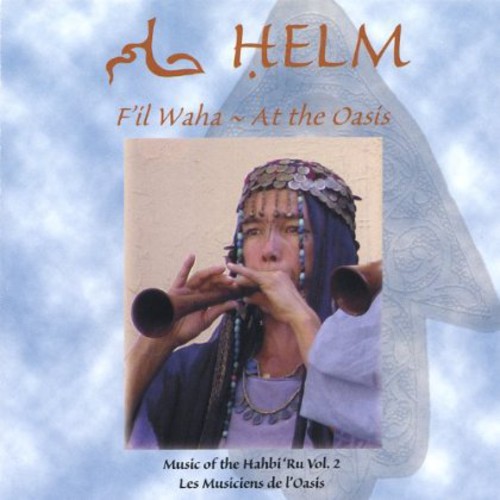 All Helm titles are now on sale for the month of April, 2013 at cdBaby, both physical and album downloads! Helm's third recording spans the Islamic world from the Tuareg of the Moroccan Sahara to the Turkish Rom (Gypsies); from Upper Egypt to the Bandar region of southern Persia. Featuring 2005 Grammy winning percussionist, Mark Bell, and multi-instrumentalist Ling Shien Bell, Helm returns to their tribal roots with a blend of original and traditional compositions. Using only acoustic instruments: mizmar, qanun, nay, zumara, Arabic tabla and Persian toumbak, Helm creates a deep and intricate texture. No sequencers, loops, or samplers are employed. Multi-layered Arabic polyrhythms weave throughout, adding their own nuances to the music. Perfect for danse orientale and presenting music that has accompanied both FatChanceBellyDance and Hahbi 'Ru (two of the leading Middle Eastern/ Tribal ensembles in the USA), F'il Waha provides selections that will make you want to jump up and dance, others that will bring you to trance. Rather than just samplings of 'world music', Helm's unique style brings you music of our world. This CD was mastered by Bob Olhsson Audio, Nashville, TN and includes Laurie Eisler on qanun and Abdullah ibn Marak on rebaba. Includes seven original compositions by Ling Shien (Elisabeth) Bell and six traditional pieces arranged by Helm. See liner notes for full playing and writing credits. Please note that we have just remixed and remastered three songs: Raqs li Shams, Waqt il Asil, and Huriyah, and have dropped Raqs Siri'a from this edition, formerly track #10. If for some reason you really like this track, I sure it is available as a download from iTunes, etc. We got rid of it for many reasons, chiefly because we find it too banal. If banal is too strong, how about insipid?
back to top