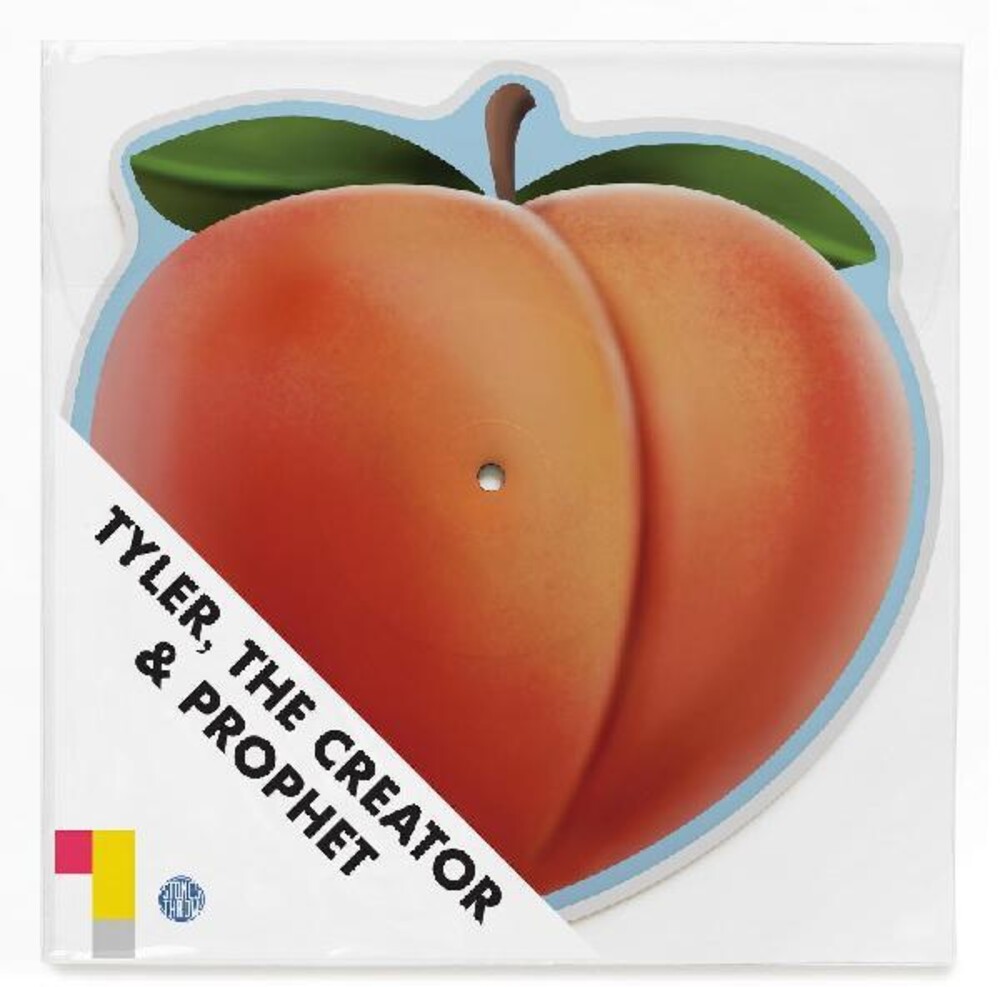 Limited 10 inch shaped picture disc vinyl pressing. Tyler the Creator first came onto our radar circa 2009-2010 when he was a regular on the old Stones Throw Message Board posting music under the name Wolf Haley. Tyler got to know Stones Throw artist James Pants around the same time. When Nardwuar handed him a James Pants record in 2011 he said, "he's awesome, he's white, and he makes real-ass nigga music." Fast forward a bunch of years later and Tyler hears a James Pants mixtape featuring Prophet's "Wanna Be Your Man" from an album we were about to release. Tyler got his hands on the instrumental version (produced by Prophet, Mndsgn, and Swarvy) and created "Peach Fuzz." This record contains Tyler's version on Side A, Prophet's original on Side B.
back to top