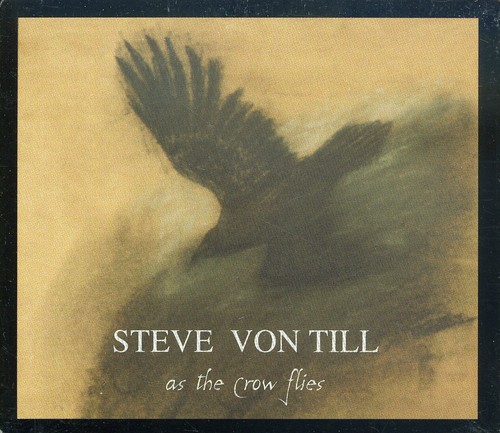 As the Crow Flies
Artist: Von Steve Till
Format: CD
New: Not in stock
Wish

If Neurosis is the collective consciousness bearing down on the listener with the weight of centuries, As the Crow Flies is a brief compendium of one man's private torments laid bare-a mere third-of-a-lifetime in the echo chamber of human history. And yet it is no less powerful, no less inclusive, no less reflective of the spirit that created it. The sixth-ever release on the band's own Neurot Recordings, Steve Von Till's solo debut was the first in what has become a long and illustrious line of solo recordings created by various members of Neurosis. As the Crow Flies was originally released in May of 2000, when the world was a very different place. The historically and mythologically loaded concept of flight-be it that of birds, planes or drones-didn't carry quite the psychic weight that it does today. At least not in the public arena. But for Von Till, a purer set of correlations was already in place-flight as freedom, flight as exploration, flight as the most fitting artistic method of scaling heights. As such, this album is the direct path from spirit to spirit, from heart to heart, from source to ear. It's sad and desolate. It's sparse and introspective. There are no superfluous notes. Born of earth and stone and a respect for the power of nature, it's everything it needs to be: A funeral for a way of life. A yearning for what lies beyond the pale. A journey in which waiting is knowing and knowing is seeing with true eyes for the very first time.