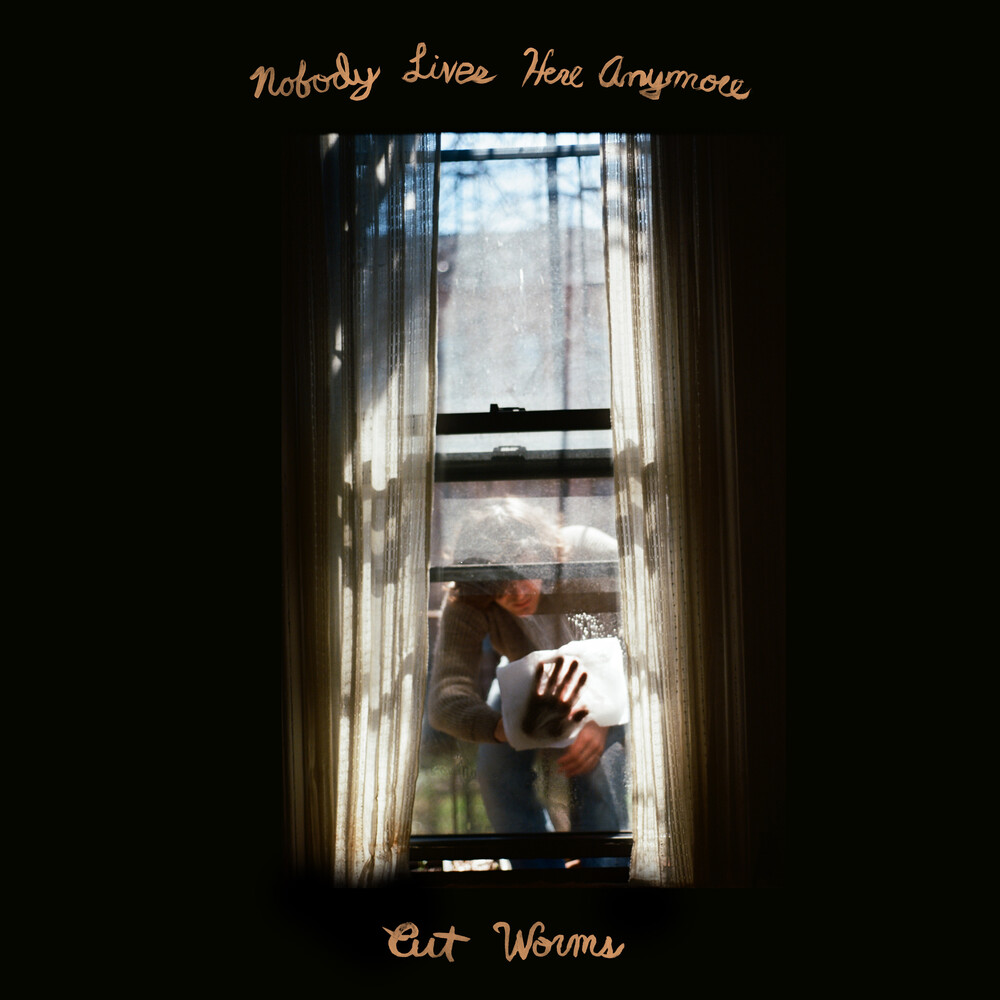 Coke Bottle Clear. Nobody Lives Here Anymore. The shopping malls have closed down, the dressing rooms are filled with ghosts, and the carousel is covered in cobwebs. Nobody Lives Here Anymore, the latest and greatest from Max Clarke as Cut Worms, is the haunted reverie of an American landscape in-and-out of Clarke's mind. Recorded between May and November 2019 in Memphis, Tennessee, the album is a snow globe of the mid-twentieth-century's popular music filled with chiming guitars, honkey tonk pianos, and Telstar organs. A constant creator - be it his Cut Worms alter-ego or his day-job illustration work (designing brand logos and beer labels with madhouse technicolor pictures) - writing and making records has always been Max's driving force. So after an extensive eighteen-months of touring in support of 2017's Alien Sunset and 2018's Hollow Ground, he set about sifting through the fragment pieces and sketches of tunes he'd accumulated, along with a jet-stream of new compositions, mining his life-long devotion to the lost American songbook for inspiration. By the time he flew to Memphis to work with producer Matt Ross-Spang at Sam Phillips Studio, he'd stockpiled more than thirty new songs. Unlike earlier works that were meticulously demoed, Clarke opted for rough drafts as he would with one of his drawings, seeking to capture something more immediate and honest. Most of the initial takes were tracked live with Noah Bond on drums, while Max sang and played rhythm guitar. He then built lush arrangements around these intimate performances. Max's longtime partner Caroline (Gohlke) contributed backing vocals (she also shot the cover photo), and a skeleton crew of friends and Memphis all-stars were called in to lay down pedal steel, sax, and strings. When all was said and done, they had recorded seventeen songs. With an overstuffed bag brimming with certifiable cosmic Americana gems and no shortage of new material in sight, Max saw no sense holding back - deciding to include the whole batch of recordings and release it as a double-LP. "It takes a lot to do this," he explains. "If I can only say something every so often, I'd like to say a lot more if I can". Clarke sees this record as a figurative shot across the bow to the modern attention span. He says Nobody Lives Here Anymore is about "throwaway consumer culture and how the postwar commercial wet dreams never came true, how nothing is made to last." He considers the golden years of a society on it's last leg with poignant curiosity, suggesting not only that nobody lives the American dream, but that nobody lives here, in this moment, anymore. "It's about homesickness for childhood, for a place that never really existed," says Max. A loss of innocence lingers through this 80-minute opus as Clarke attempts to harbor love and meaning inside a world that sold itself out. He explores the wistfulness of the past in search of answers for tomorrow. And while his grand anthems overflow with timeless pop charm, his ability to dig deeper than lollipops and holding hands sets his work apart from the days of 45s and Top of the Pops.
back to top