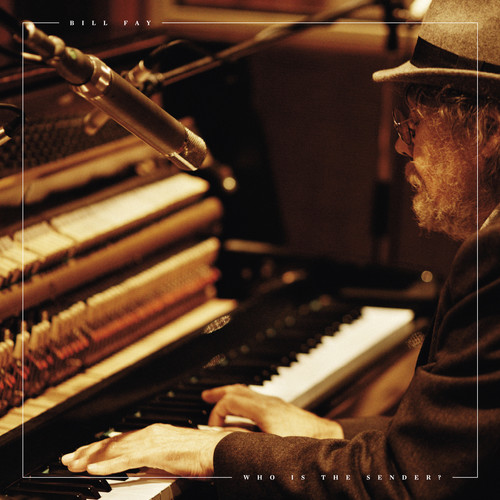 Ask Bill Fay about his relationship with his instrument and he says something revealing, not "Ever since I learnt to play the piano," but "Ever since the piano taught me..." What the piano taught him was how to connect to one of the great joys of his life. "Music gives," he says. And he is a grateful receiver. But, it makes him wonder, "Who is the sender?" Fay - who after more than five decades writing songs is finally being appreciated as one of our finest living practitioners of the art - asserts that songs aren't actually written but found.

He recorded two phenomenal but largely overlooked albums for Decca offshoot Nova in 1970 and 1971. After 27 years of neglect, people like Nick Cave, Jim O' Rourke, and Jeff Tweedy were praising those records in glowing terms. Recorded in Ray Davies' Konk Studios, North London, Who Is The Sender? sees Bill expanding upon themes he has touched on from the beginning, spiritual and philosophical questions, observations about the natural world and the people in the city he has lived in all his life.