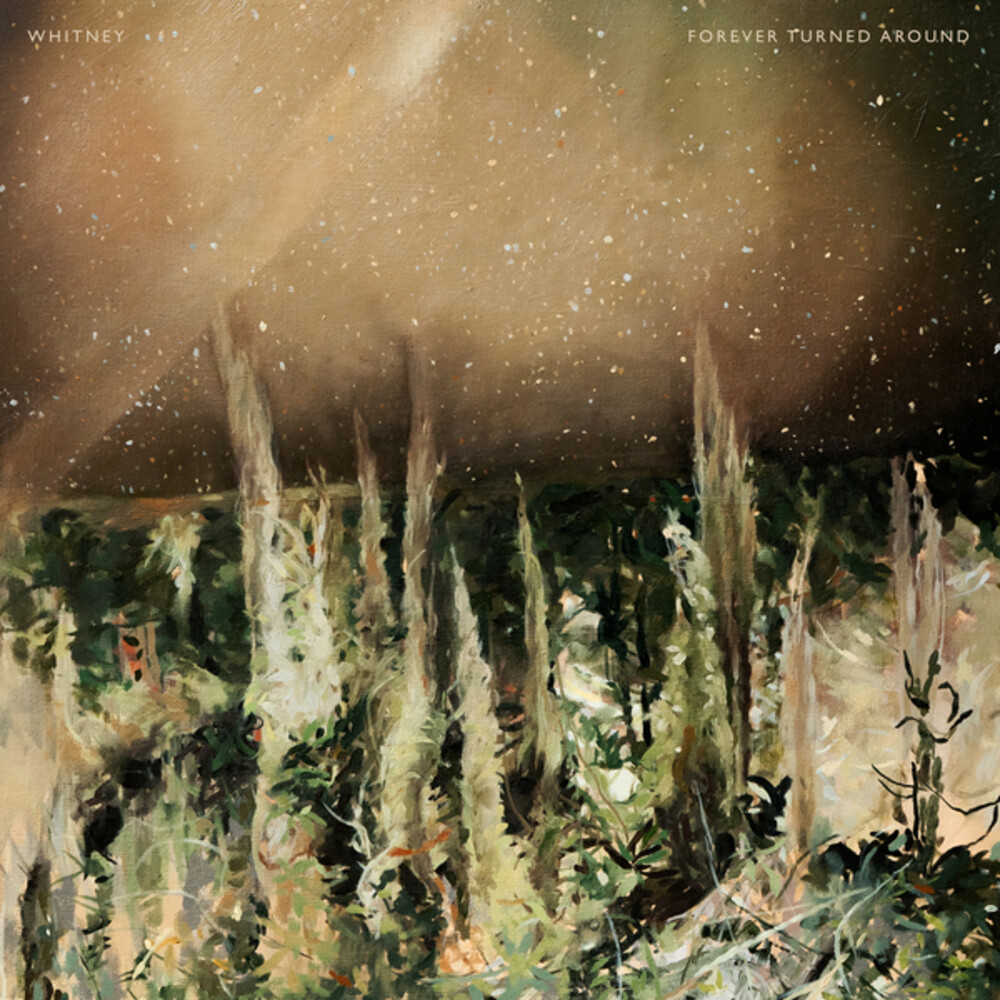 Forever Turned Around came together over several sessions across the country.  Though Julien Ehrlich is Whitney's lead singing drummer while Max Kakacek is the lead guitarist, when writing, both transcend their roles to piece together each offering lyrically and compositionally. "The way it ends up working is one of us comes up with a basic idea for a song and the other person serves as the foil to complicate that idea. We ask, ‘What can we change to make it more interesting?’" says Kakacek. Challenging each other is the core of their songwriting partnership.
It’s these risks and experiments that make Forever Turned Around a triumph. Take opener "Giving Up," which started from a stream-of-conscious revelation when Ehrlich improvised the chorus while Kakacek played Wurlitzer. What began as a nod to Neil Young’s Live at Massey Hall 1971 in an afternoon turned into a heart-rending and relatable song about the ups and downs of long-term relationships. Over twinkling piano, Ehrlich sings, "Though we started losing touch / I’ve been hanging on because / You’re the only one I love." He explains, "In a relationship, you don’t stay at the same level at all times. You go through weeks where you’re closed off.”

After a session with producers Bradley Cook (Hand Habits, Hiss Golden Messenger) and Jonathan Rado (Weyes Blood, Father John Misty) helped color in the arrangements, the album truly revealed itself when they reunited with original rhythm guitarist Ziyad Asrar in his basement Chicago studio-the same place where they hashed out much of their critically acclaimed 2016 debut, Light Upon The Lake. "Getting down there was so important because we've always used that basement for music. The comfort and familiarity mattered but having Ziyad be a buffer between us was so helpful," says Ehrlich. With Asrar, songs like "Song For Ty" and "Forever Turned Around" effortlessly came together.
Restlessness is at the heart of Whitney’s resonant and stunning sophomore album Forever Turned Around. As Ehrlich and Kakacek realized life can change almost instantly. Priorities shift, relationships evolve, home can become far away, and even when luck momentarily works out, there’s still that underlying search for something better.  Happiness can be fleeting but this album proves that even when it feels like time is turning on its head and there’s either a moment of clarity or crippling doubt, there’s still beauty in figuring it all out.