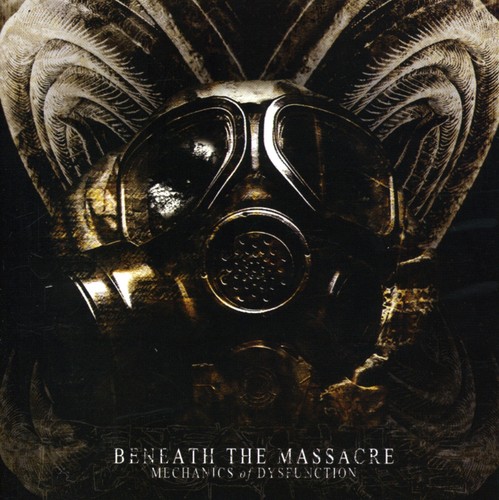 Mechanics of Dysfunction
Artist: Beneath The Massacre
Format: CD
New: Not in stock
Wish

Coming from a rich, albeit relatively modern heritage of brutal Canadian death metal bands, Beneath The Massacre is perhaps the band most likely to take the title of the heaviest and most technical band from it's northern forefathers. Be it extreme brutality, intense musicianship, or sheer musical destruction, Beneath The Massacre employs intellect hand in hand with aural devastation in the band's vocal approach, but also it's instrumentation. THE MECHANICS OF DYSFUNCTION's 10 tracks combine the brutality of Suffocation, the vicious skillfulness of Origin, cacophonous melody of the Dillinger Escape Plan and the sheer technicality of fellow Canadians Cryptopsy.
back to top