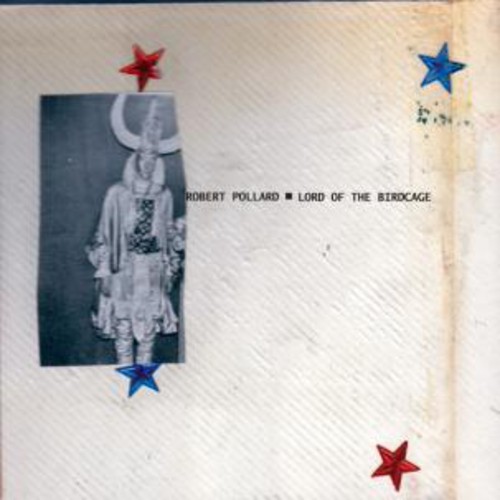 2011 is turning out to be quite a year for Robert Pollard. The hugely successful Guided By Voices reunion tour is doing victory laps at Pitchfork and Sasquatch festivals, a tribute album is coming out for Record Store Day (including Pollard covers by Flaming Lips, Lou Barlow, David Kilgour, James Husband, Blitzen Trapper, Thurston Moore), and, believe it or not, new White House Spokesman Jay Carney declared in a press conference that he's obsessed with Guided By Voices. January, February and March saw three remarkable albums by Pollard projects (as well as a live Guided By Voices triple-LP) and watch out, here comes another one, with a new twist. On Lord of the Birdcage, Pollard reverses his songwriting process, transforming a dozen previously written poems into songs. He's never written in this fashion before, and his whimsical, surrealist lyrics take center stage.
back to top