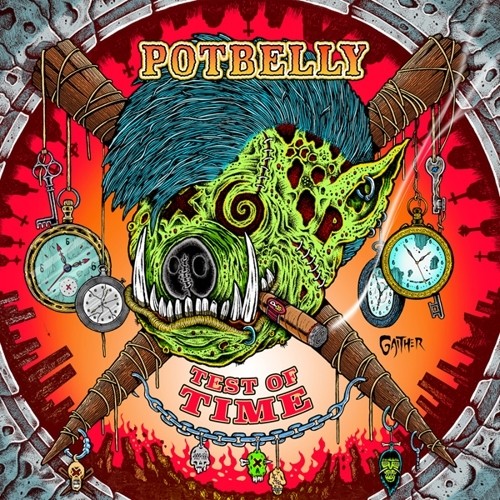 Vinyl LP pressing. 2016 release from the punk band. Potbelly formed in Jan. 1995 on Whidbey Island, WA. Over the years the band has released 90 records. Playing songs about the darker side of things, from horror to comedy. The band has done multiple split 7" records with bands they grew up on, like the Accused, D.O.A., and Millions of Dead Cops. And has gone on compilation records with bands like The Misfits, DOA, DI, The Dwarves, The Dehumanizers, Toe Tag... The list goes on. Potbelly has done an uncountable amount of shows, and tours, and shows no signs of slowing down. Jason Potbelly also runs and operates PB Records. #helping to put other bands music out, as well as Potbelly's. Punk rock is a way of life to this band.
back to top