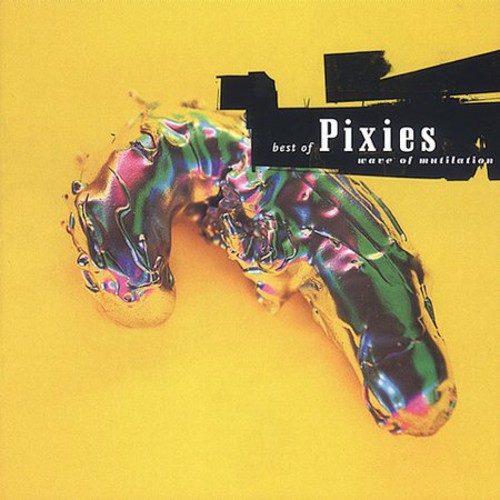 During their WAVES OF MUTILATION: B.O. THE Pixies is a new 23-track compilation that expands more, chronologically, than the previous best of compilation, DEATH TO THE Pixies. The recordings remain fresh and vibrant a splendid introduction for old fans an new converts alike. Featuring classics, b-sides, the live favorite "Into the White" and a cover of Neil Young's "Winterlong"

''Wave of Mutilation: Best of Pixies'' is a compilation album by Pixies. It was released on May 3, 2004 in the United Kingdom and the following day in the United States alongside a companion DVD featuring a live show, promotional videos and two documentaries. Early batches of the record feature a fault on the track "Hey", where Black Francis' opening shout of "Hey" is missing.

This album replaces 1997's compilation ''Death to the Pixies'' in 4AD's catalog, which previously served as the label's "greatest hits" collection for the Pixies. - Wikipedia