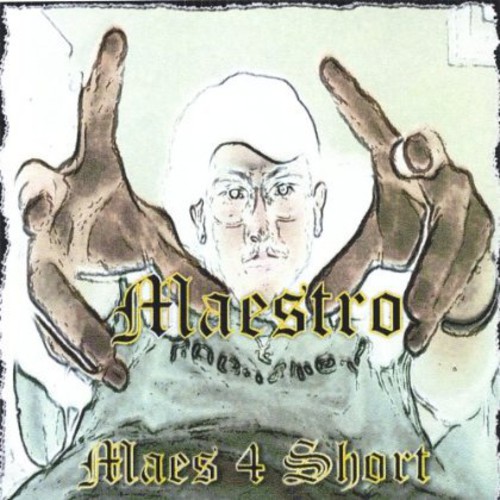 Maestro, a noun meaning a distinguished musician and a great artist, at least that's the dictionary definition. Maestro, or Maes for short, is far more than the average emcee. Drawing his inspirations from artists like Slick Rick, Big Daddy Kane, and KRS-ONE, which he says is his reason for picking up a pen. As well as Redman, Outkast, and Eminem. However, his style is difficult to label. He draws no comparisons to any of his lyrical mentors. Having grown tired of the same stale subject matter of today's hip-hop scene, Maes chooses to approach his music with a "truth first" mentality. Whether he's flaunting his lyrical prowess on songs like Maes 4 Short and Kangaroo or poetically bearing his soul and frustrations on tracks like Can You Help Me and Blaze My Life Away, Maestro maintains his integrity as a writer. Still Maestro's greatest work comes when he turns to his own life experiences for inspiration; His struggles and hardships that weren't born from the street but from emotional obstacles that he has learned to overcome. "My music is my therapy." he says, "I can't speak about anything I don't know. I want to reach people I can't do that if I don't know what I'm talking about so I talk about what I do know and hope that someone out there can say "Damn I feel the same way...thought I was the only one." Maestro speaks to the meek and lost. He speaks to the souls of those forgotten by hip-hop...souls like his own. Maes speaks to the humanity of hip-hop leaving us with a greater understanding of what truth sounds like. A sound that hip-hop has forgotten and left behind. He realizes his gift and accepts his responsibility that comes with it, the responsibility to be true to his craft, his audience, and himself. Hip-hop is being blessed with a new voice, it's very own rap psychologist. VA's best kept secret is about to leak out. Get ready...here comes Maestro.
back to top