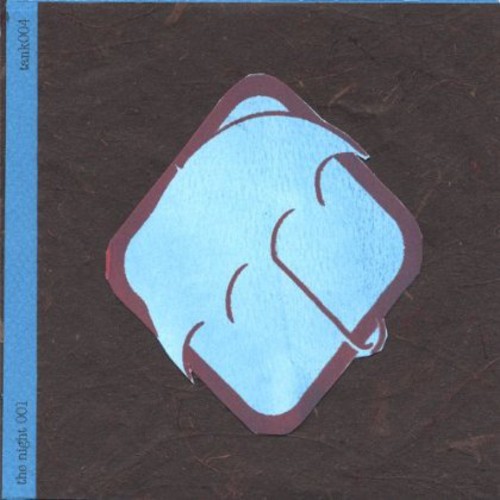 The Night is a new media ensemble whose work focuses on the interrelations between sound and image, using musical improvisation and elegant real-time video to change and affect the musical performance. Featuring warm electronic instrumentals at times both organic and deceptively concise, this group offers a lot to take in as well as many places for one's imagination to run free. Their sound has been called 'a hymn cried out to the Great Unknown, reassuringly clinging to fantasies.' Formed in early 2003, The Night's original members included flautist Gregory McMahon, sitar player Ami K. Dang, video artist John Hensel and Travis Johns but for the past two and a half years has expanded to include additional Thinktank artists such as Leighanne Saltsman (vocals), Karl Pestka (electric violin) and Ross Huff (trumpet). To date, The Night's work has been featured in such venues as the 2003 Placard Experimental Music Festival, The Spaceworks Gallery (NYC) and the Allen Memorial Art Museum. Often influenced by the spaces they play to, their music balances arresting beauty with the bleak and corrosive sounds drawn from the twenty-first century. The Night has recently concluded the latest East Coast tour with a performance at the Elsewhere Artists Collaborative in Greensboro NC, which is both 'a space for artists to live and play, and a movement for social reform' This particular recording features six tracks, documenting two separate performances of The Night. The first three tracks were recorded in May 2004 by Philip Raath in Oberlin, Oh and feature the talents of Ami K. Dang, Gregory McMahon and Travis Johns. The second portion of the album is a duet between Travis Johns and Karl Pestka, recorded in July 2005 in Ann Arbor, Mi.
back to top