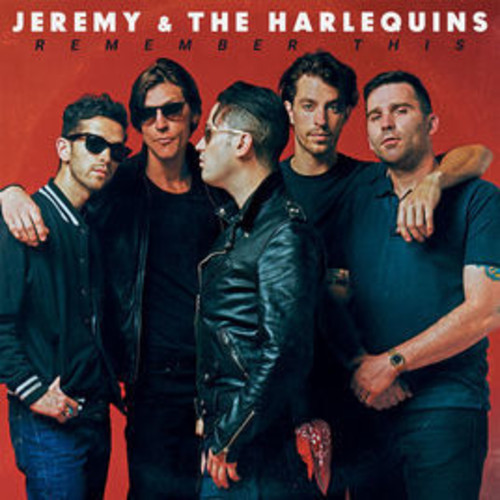 Infused with the classic sounds and ineffable cool of classic '50s and '60s rock & roll, Jeremy & the Harlequins are a five-piece band hailing from New York City. The band was formed by lead vocalist Jeremy Fury (born Jeremy Lublin) and guitarist Craig Bonich, two friends with similar musical viewpoints who had played in a short-lived band called the Romans. When Stevie returned from a sojourn in Europe, he soon teamed up with Jeremy and Craig. Jeremy had a backlog of songs, and after guitarist Patrick Meyer and bassist Bobby Ever joined the new group, they wasted no time getting to work. Within weeks of the band settling on their lineup, they began recording an album in the summer of 2013, and it finally reached the public in 2015 under the title American Dreamer. Upon it's release, Steven Van Zandt began playing their tune "Trip into the Light" on his syndicated radio show, Little Steven's Underground Garage, and the musician and DJ honored it with his weekly accolade of the Coolest Song in the World.