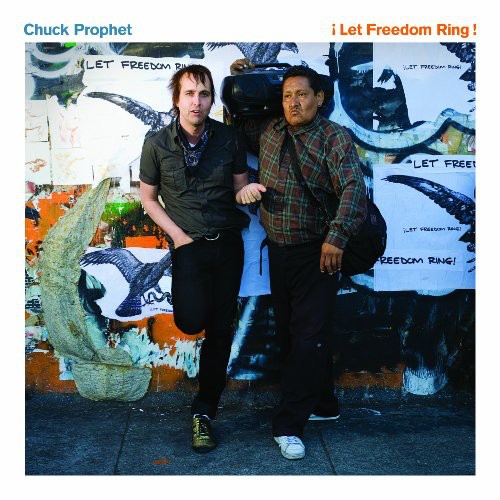 Vinyl LP pressing. 2009 release from the veteran Alt-Roots artist and former member of Green on Red. Chuck reached out to some musicians and talked them into going down to Mexico City, where they recorded at Estudio 19, with Greg Leisz co-producing. Over the course of the next eight days, the band set about recording Let Freedom Ring. Chuck played his Fender Squire, Kelly Stoltz on backing vocals, Rusty Miller [Jason Lyte's band] played bass while drummer Ernest 'Boom' Carter turned his sticks into kindling. The results can be heard from the Clash inspired opener to the power pop of 'Let Freedom Ring' and the Eddie Cochran infused 'Good Time Crowd'.
back to top