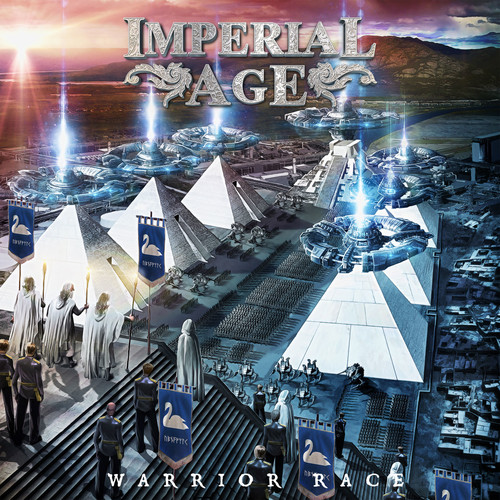 2016 album from the Russian symphonic metal band. Imperial Age are from Moscow and were formed in 2012 by Alexander "Aor" Osipov. The band received positive acclaim worldwide without any label support and has toured with bands like Therion, Tarja, Epica, Paradise Lost, Oomph!, The 69 Eyes, Tristania, Arkona or Finntroll. Warrior Race features nine songs including a cover of Therion's 'To Mega Therion'. 'The appearance of Imperial Age on the Russian metal scene can be compared with the birth of a new star on the horizon - so unexpectedly and brightly has this project started to shine amongst all the local bands' (DarkCity, Russia) 'It even beats Nightwish and Avantasia in terms of epicness' (Fireworks, UK).