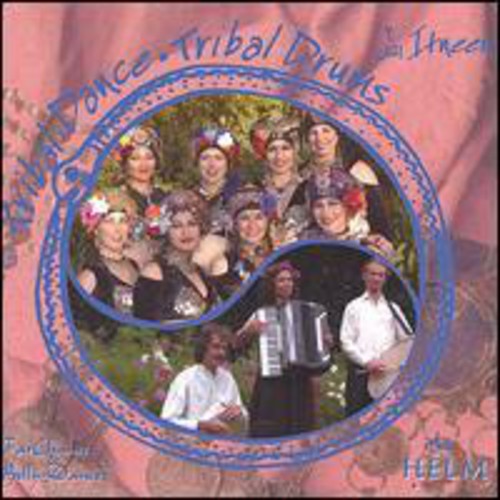 All Helm titles are now on sale for the month of April, 2013 at cdBaby, both physical and album downloads! Take a rhythmic journey through North Africa and the Middle East as FatChanceBellyDance and Helm, in a meeting of the tribes, release music previously available only on cassette or videotape. This is the first volume of the Tribal Dance - Tribal Dance series. FCBD's Music for Tribal Basics has been the standard for entry into the world of Tribal Belly Dance. Originally composed for the soundtrack of the Tribal Basics video/DVD series, the straightforward presentation and steady phrasing in a variety of tempos have made it an essential tool for teaching, practicing, and group improvisation. In Music of the Hahbi 'Ru, Helm's principle percussionists, Grammy winner Mark Bell and Frank Aviles, weave an intricate web. The layering of lyrical improvisations on traditional Arabic rhythms gives tribal-style dancers the freedom of creativity critical to this style of dance. Additionally, three compositions that have become signatures of The Hahbi 'Ru Dance Ensemble have been included from the original cassette. These feature Ling Shien Bell on traditional wind instruments of the Middle East. The songs utilize the following rhythms: 7/4 (Dance of Mourning), a Tunisian 6/8 (Magibah Masrah), and traditional 4 or 8 beat rhythms from Upper Egypt (Sharia el Souk). For the second volume in this series, check out the listing here at Cdbaby for Itneen.
back to top