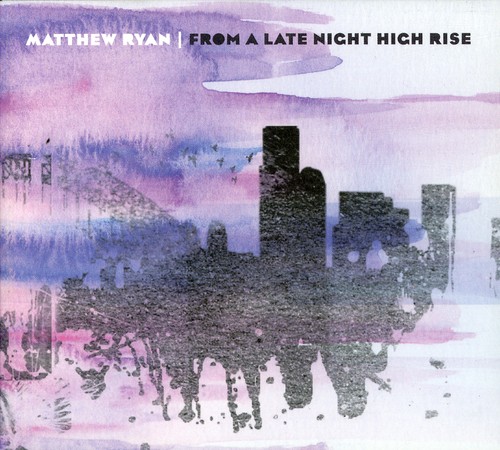 FROM A LATE NIGHT HIGH RISE is a movie without film, it's a novel without a book. It's absolutely beautiful, precise and unflinching. Shaken by the sentencing of his brother to 30 years in prison and the death of a dear friend, Ryan took to recording and writing songs on his Korg D16 Porta Studio to cope with his grief. Five FROM A LATE NIGHT HIGH RISE a focused listen, Let it wash over you, follow the story like you would a great movie's plot and be surprised by the hard-won beauty and optimism that the ending offers.

From A Late Night High Rise = The Dark Horse It's been a nice surprise to see High Rise being recognized as one of the best of '06. The reviews have been amazing and it turns out that the record is acheiving top 50 on itunes for weeks in a row. We've also been receiving some unsolicited radio play all over the country. I want to thank all of you who've been so supportive from it's very quiet beginning. I encourage the sharing of music, so if you know someone that might like a song off High Rise burn or share it with them. Ok? We started out selling High Rise on itunes and hard copies via 2minutes59.com Now the growing interest has pursuaded us to put the records in stores. Right now we're striking an agreement with The Coalition of Independent Record Stores / Junketboy. So, High Rise will be available in traditional hard copy exclusively through independent record stores. I'll share a list of these stores soon so you'll know where you can find it in your city! Don't forget about the February tour with Tim Easton. Dates are posted on my myspace homepage. Happy New Year M
back to top